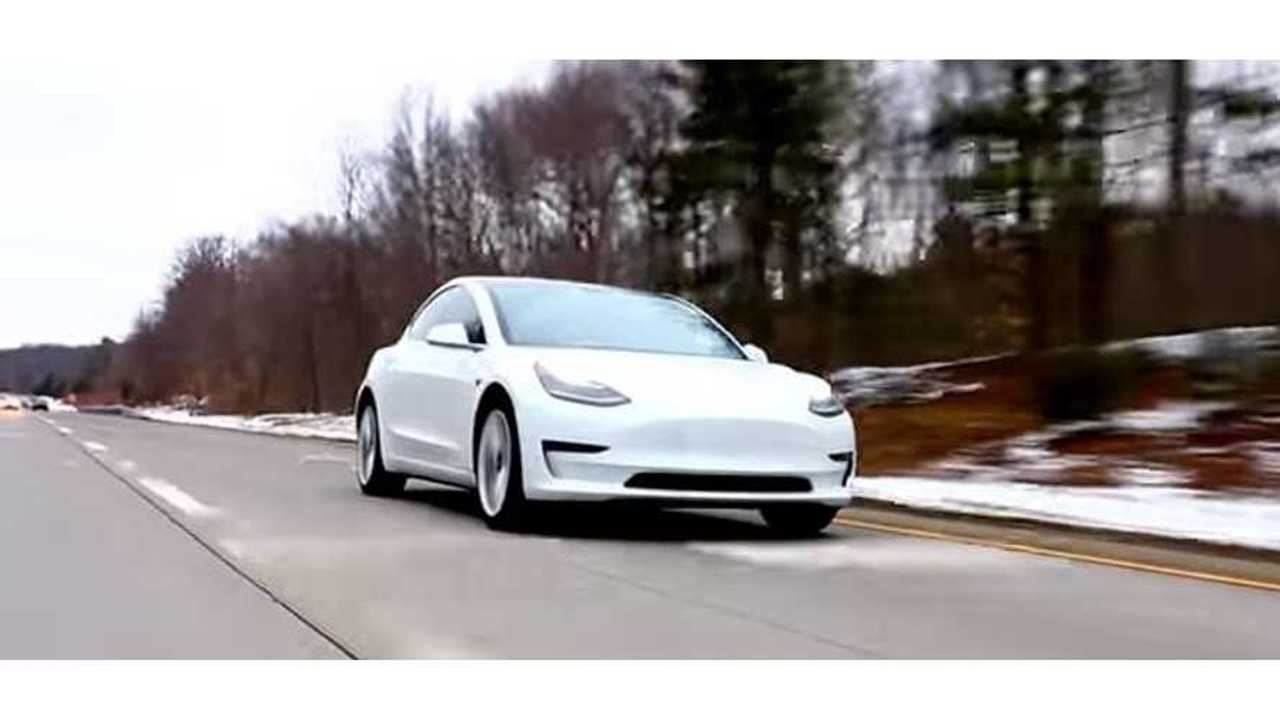 We have a third source confirming that Tesla has improved Model 3 braking distance, however, it's not yet "Better Than Any Remotely Comparable Car."

Tesla CEO Elon Musk said essentially said that the automaker will work on the Model 3 brakes until they can outperform the competition. The recent over-the-air update made a significant difference, as we recently shared via Edmund's track test. We already knew that progress was made since Consumer Reports changed the car's status to Recommended.

Now, AMCI testing has performed in-depth testing to secure another opinion and to determine if the braking system qualifies as "best-in-class."

Both vehicles underwent AMCI Testing’s stringent brake-bedding procedure before brake testing began. Testing was conducted on both asphalt and concrete, at 60 and 70 MPH, and measurements were made with both GPS-based and ultra-accurate optical sensor based equipment. Brake-pad wear was also measured before and after testing to look for potential weaknesses.

“Braking performance has many variables, and all of those have to be carefully controlled,” said George Doganis, manager of testing operations at AMCI Testing. “Very important is a strict protocol for brake burnishing that ensures the brakes on each vehicle have been identically bedded. Braking has to take place over the same piece of track, and the vehicles have to be staggered. Controlled brake cooling has to be incorporated, and the team needs to keep track of how the surface may be changing and influencing results. And of course technique is critical; we start at the speed of the test—not braking through that speed as many do—and trigger the braking event so that the system’s response time to the driver’s input is included in the final result.”

THE RESULTS: ALTHOUGH TESLA HAS PROVEN BOTH RESPONSIVE AND INVENTIVE IN SOLVING BRAKING VARIABILITY, PERFORMANCE IS NOT YET BEST IN CLASS.

Summarizing, Guy Mangiamele, director of AMCI Testing said, “This has been a fascinating look into the future of the industry, Tesla’s capabilities as a manufacturer, and one of the most-talked-about products in recent years. On the one hand, Tesla has not yet met its stated goal—to lead in comparable-vehicle braking performance. The 2018 Camry XSE V6 ($36,619 MSRP with destination) which we procured new from a local dealership did stop shorter—if by a fairly insignificant margin—than the Tesla Model 3 ($60,500 MSRP with destination) after its software update. So there is still work to be done there.”

But Mangiamele continued, “To the positive, Tesla has proven extremely responsive on this issue and our testing showed very little stop-to-stop performance variation—with excellent pedal feel that our test drivers felt was sports-car-like in segment. That Tesla engineers were able to accomplish this fix through software alone, and over such an abbreviated timeframe, says something about the company specifically, and about the future of automotive in general.”

A breakdown of all the performance tests and conclusions, including:

About AMCI Testing // AMCI Testing has been testing vehicles as an independent third party for 35 years, and is best known for its AMCI Testing Certification of competitive automotive claims. Based in Southern California, they test approximately 150 vehicles/year around the world, and their evaluations cover hundreds of areas—from performance to comfort, build quality to technology. AMCI Testing Certified Claims have served to unfailingly substantiate more than 900 competitive claims in marketing and advertising, based on the strength of their protocols and the integrity of their operations. Due to the sophistication of its testing methodologies and the depth of data it collects, no AMCI Testing Certified claim has ever been successfully challenged by a named competitor.