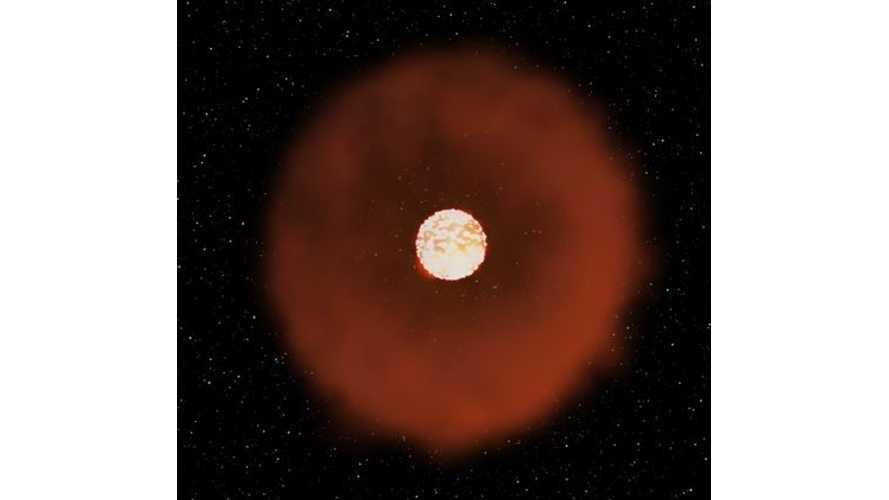 Tesla’s next short squeeze: will the stock go “Supernova”?

Discussions about a possible new epic “short squeeze” on Tesla stock are trending these days. The company is going through the most important transition in its young history, as the electric car and energy company strives to achieve mass market production of its more affordable Model 3 and finally reach profitability after years of massive R&D and infrastructure expenditure. As such, Tesla shares have always caught the attention of investors and speculators alike, including record levels of “short selling” (selling borrowed stock in the hope to buy it back cheaper at a later date) that have so far resulted in extreme losses for many. Broadly speaking, the Tesla stock is extremely volatile.

Elon Musk himself has often engaged in the subject, teasing short sellers multiple times. In a famous tweet he recently even alluded at a “next-level short burn of the century”. So how’s the stock doing these days?

Following an all-time high of $389.61 in September last year, shares started a downward trend following issues with early production ramp for the Model 3 and medias’ overly keen attention to Tesla-related accidents and continued quarterly losses. Shorts rejoiced as they called out an imminent collapse of the company. The stock bottomed out at $244.59 a couple of months ago, following the aftermath of Elon Musk’s squabble with analysts during the last quarterly conference call.

Curiously, short interest has since increased to all-time levels, however, the stock has wildly recovered and is currently trading above $350. The eye-watering 45% rebound (at the time of writing) from the recent 52-week low has increased pressure on short sellers, whose strategy is being tested once again. Around 40 million shares are now borrowed, over 30% of the floating stock.

The wildest events of short burn for Tesla stock over the past few years can be easily identified from charts. In recent times, shares more than doubled in about seven months between December 2016 and June 2017, from ~$180 to ~$380 (although the all-time high came later in September). The event defied many analysts’ expectations and left famous shorts burning. Previously, an even more remarkable burn happened when shares increased five-fold from ~$35 to over $190 between March and September 2013 following Tesla’s first-ever quarterly profit in Q1 2013. That was Tesla’s wildest breakout to date and the most painful time for speculative short sellers. What could we expect now if Elon Musk’s latest warnings were to materialize?

There could be endless aspects to consider, but the main focus is of course Model 3 production ramp and associated company’s profitability. There is no denying that Musk’s self-imposed production hell has been a rough ride, however, the delayed ramp has now achieved broadly reassuring levels in the current quarter, seemingly reaching over 3,000 cars per week. The latest updates from Tesla suggest the critical milestone of 5,000 cars per week is within grasp. A figure that was originally targeted by end of 2017, it is only half of Tesla’s long-term production goal for Model 3 but has the crucial consequence, according to Musk, of bringing the company to break-even and profit thereafter. A truly pivotal moment for the company. And for the stock.

Following Q1 2018 results, I forecast Model 3 production levels for 2018 into a chart, with low and high scenarios. Where are we at now? My low scenario implied a production of over 25,000 units for current quarter, the most likely result will be slightly above that given available information, lower levels may cast new doubts but are unlikely. Perhaps Musk will surprise us and reach 30,000? It would mostly depend on final June production.

I suspect anything above 25k level will be seen as a very bullish signal for Model 3 ramp. The other metric will obviously be the weekly production reached by end of June, confidently touted to be on the verge of the fateful 5,000 figure. It’s likely the stock market will read a sustained rate of over 4,000 weekly units into July as an important step. Should 5k actually be reached (say 700 per day?), I believe many shorts would capitulate and start covering en-masse to avoid bloodshed.

Tesla shares have already gained over $80 in the past four weeks, an unprecedented rise in the stock history. All that while short interest stays at an all-time high. Should positive news be confirmed by end of June, short covering could snowball into a growing short burn, with help from bulls quickly focusing on new enhanced price target levels, which would be very arbitrary. I’ll give my own.

Musk’s newly approved compensation package could – over several years – earn him up over $50B (billion!), if he hits 12 market capitalization milestones and 16 revenue or earnings targets. The first market cap step is for Tesla to reach $100B valuation, meaning over $600 a share. That’s a nice new target right there. This would mean a doubling of the stock from recent levels and by no means the worst case scenario for shorts, given previous Tesla short burns and the final target of Musk’s compensation pack: Tesla market cap of $650 billion, a share price of around $4,000. This could be defined as Tesla stock’s ultimate super long-term target, and it’s of little interest for a short-term short squeeze.

To understand a next level burn of the century we need an apt comparison: enter Volkswagen. In October 2008 Volkswagen briefly became the world’s biggest company by market value. Following unexpected news about Porsche’s increased stake in the company, short covering reached proper squeeze level, shooting VW shares from a low just above €200 on 19 October to an absolute peak of over €1,000 on 23 October. Once shorts were incinerated, shares quickly fell back to normal levels. This is ultimately what could await Tesla shorts in the near term if positive news comes in fast and in orderly fashion starting June end. I am sure Elon Musk is working on it (and hey, the first Tesla Model 3 Dual Motor Performance has just rolled off the new assembly line!).

So, while a $600 share target could be kept medium term, a short-term “Supernova event” could easily see Tesla break the four-digit barrier. Another five-or-more-fold, yet unsustained, burst in share price is not unimaginable, given the short interest. That’s your next level short burn of the century served. Once complete, shares could then fall back to not-to-crazy levels, and even to new lows, or keep their momentum if next quarters prove Elon right and land him his first compensation award.

Of course, none of this may happen. In any event, enjoy the ride.