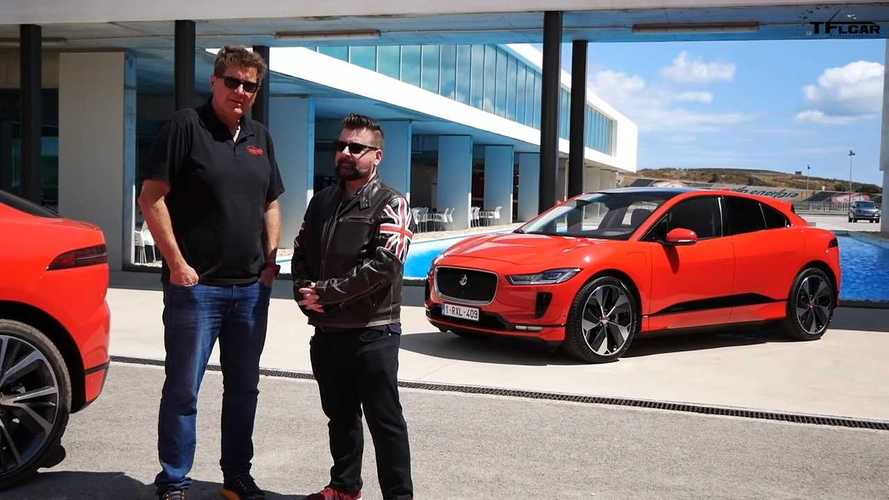 ..and learn the top 10 reasons to consider it over the Model X.

While we've tried the new Jaguar I-Pace for ourselves and have published a comprehensive first-drive review, it's also true that a number of other outlets have likewise gotten behind the wheel of this all-electric crossover and put together their own video-based reviews. We've already seen a truly great one from Fully Charged, for instance, and indeed, we have a thread on the InsideEVs Forum which is collecting a number of these reports from all over the world.

Among them is this video (below) from The Fast Lane Car. In it, they count down through the Top 10 reasons they think you should consider this car instead of a Tesla, starting from the fact that this is a vehicle from Jaguar and has, therefore, "all that Jaguar baked-in goodness." While that may not strike some as a particularly poignant point, a brand's cachet is an important element in the automobile business. Despite their cost, cars tend to be an emotional purchase for many.

We won't go through their entire top 10 list, since we don't want to spoil it for you, but some of their points aren't especially strong. For instance, one reason they give is that the I-Pace has a top speed of 124 miles per hour. The Tesla Model X 75D, which shares a very similar range to the electric Cat — 237 miles compared with 240 miles (this, despite having 15 more kWh is pull from and being much lighter) —  is capable of 130 mph.  Of course, the Model X 100D tops out at an intense 155 mph.

They do mention a couple things not brought up in other reviews that this writer has seen. For instance, they say that the I-Pace offers torque vectoring by way of the braking system. Also, despite this whole video being built on the premise of a comparison between the two, the I-Pace and Model X aren't exactly direct competitors. They admit, though, that they will have similar sorts of buyers.