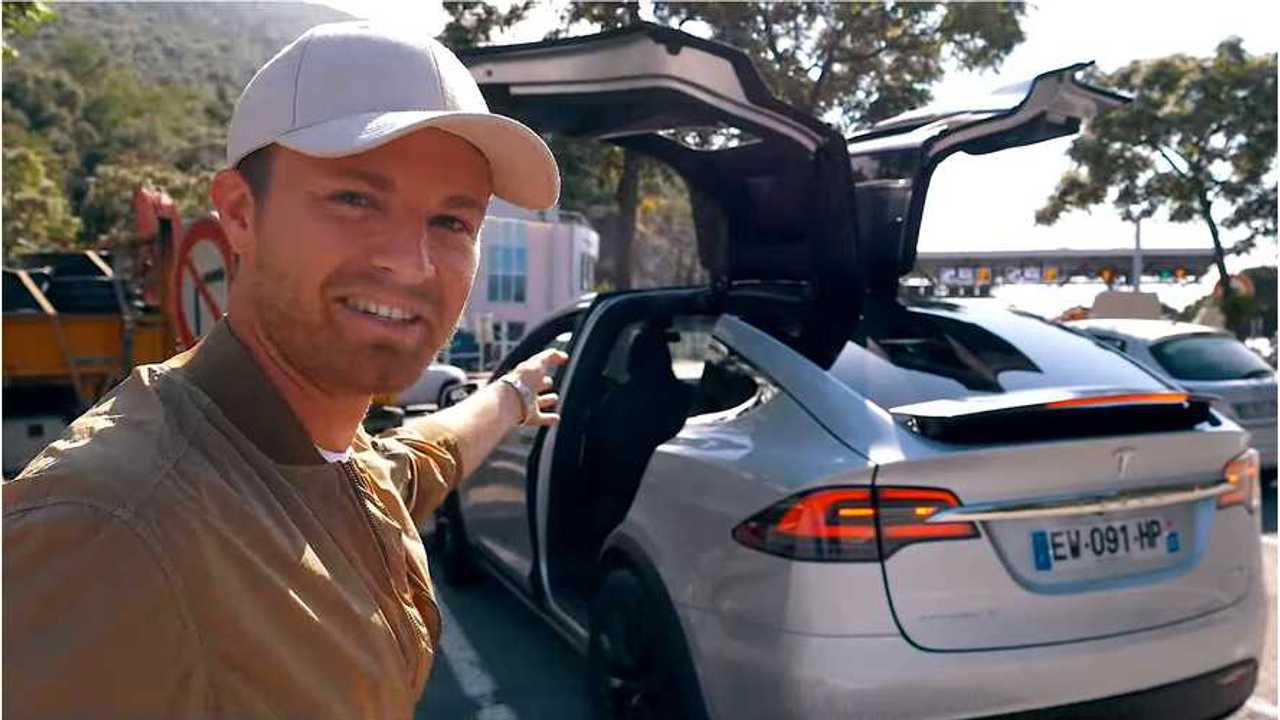 The good kind of crazy.

"Elon Musk is just a little bit crazy!" That seems to be one of the main takeaways for Nico Rosberg after spending a couple weeks with the Tesla Model X. The 2016 Formula One champion, who retired from the series after reaching that career peak, put together a 10-minute video (below) of his time with the all-electric SUV.

Now, Rosberg seems to be a pretty enthusiastic guy generally, and it's reflected throughout the piece, as he expresses child-like delight at the bells and whistles that the Califonia car has in abundance. It starts off with the summon feature — it surprises the ace pilot by recognizing the tight confines of the parking garage and steers a path away from the wall it's asked to back up towards — and pretty much continues throughout as he explores a number of the vehicles so-called Easter eggs and features, like "Bio-Defense mode" and Autopilot.

Filmed on the 30-minute trip to the airport, he comments along the way on a number of different aspects of the Model X: the price (expensive); the quality (pretty awesome); range (starting to get into a really healthy place). He also goes over the Supercharger network, saying that in Europe there are about 400 locations already built by the automaker.

The time spent trying out the Autopilot advanced driver-assistance systems (ADAS) is pretty amusing. As a racecar driver, Rosberg is all about control and finds it difficult to keep his hands off the wheel — something that drivers are asked by the system not to do despite the auto-steering function. Interesting that he does note that the system does a better job than he can of maintaining a constant distance from the lane-marking lines.

Though he made a career out of driving gas-powered cars quickly, Rosberg seems to have embraced battery-powered motivation. Last year, while on a trip to the U.S. West coast, which included a visit to Tesla headquarters, he spent some time on a bike from Zero Motorcycles. This year he took possession of his own Energica Ego sportsbike. He was also one of the first to publicly drive the new Formula E car that will be used in the upcoming Season 5 of that road-racing series.

While he no doubt still enjoys traditional cars —  he enthuses over a Ferrari F40 and Nissan GT-R in this very video — there's no hiding his appreciation of this particular electric SUV. Summing up at the end, he says it's not perfect, but still gives it a big two thumbs up.