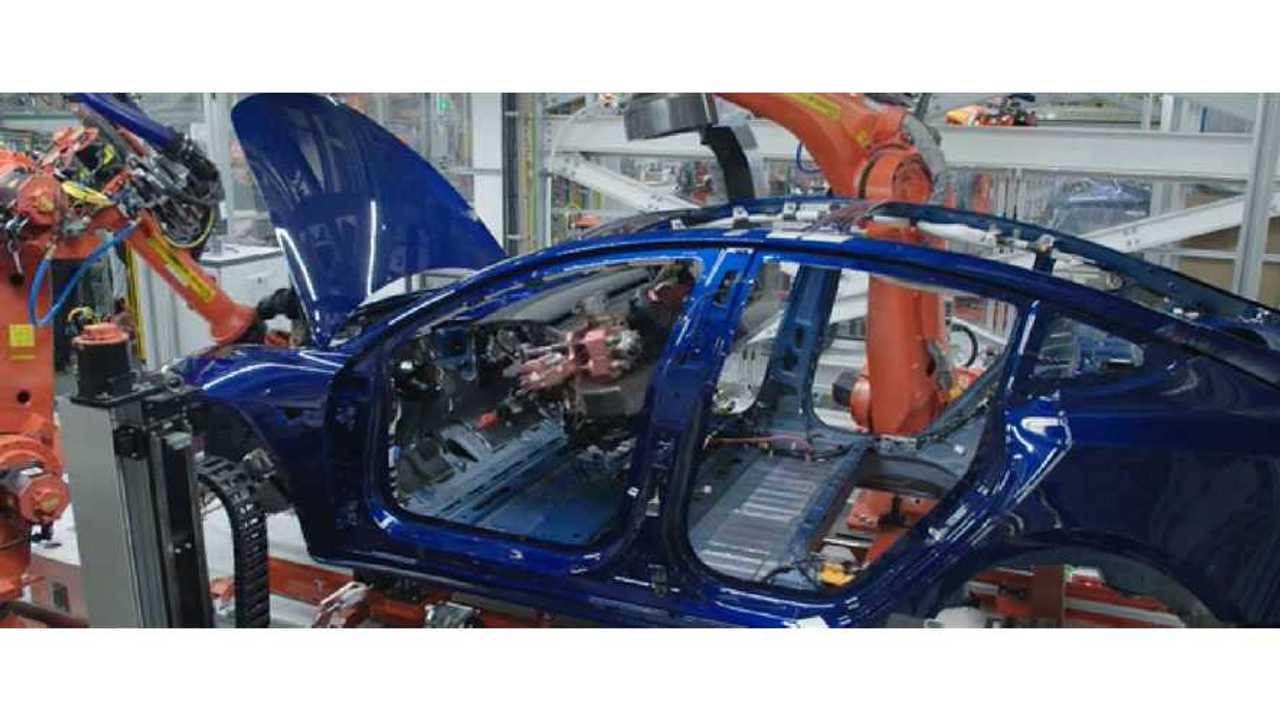 Tesla CEO Elon Musk appears to be camping out at the Fremont factory again to assure that his 5,000 per week Model 3 production goal is reached.

Not long ago, Musk said that Tesla would be churning out 5,000 Model 3s per week before the end of June. We've received quite a few status updates since then via the CEO's Tweets, as well as leaked emails to employees. His most recent update at the shareholder meeting assured that 500 units per day is sustained at this point, which works out to 3,500 copies per week.

Now, a new email from Musk to employees reiterates the 500 number and adds that some Model 3 production systems have nearly reached 700 per day. However, there are a few bottlenecks that are making it so that 700 is not yet sustained across all facets of production.

In order to assure that everything goes as planned and these last "radical improvements" are successful, Musk told employees that he will be at the Fremont factory almost 24/7 over the course of the coming days. The CEO wrote (via Electrek):

It’s getting very exciting! All parts of the Model 3 production system are now above 500 and some are almost at 700 cars already. Congratulations to all on making so much progress!

I will be at our Fremont factory almost 24/7 for the next several days checking in with those groups to make sure they have as many resources as they can handle.

Since the CEO can't be several places at once, Tesla Semi chief Jerome Guillen is heading up the new line while CTO J.B. Straubel is dealing with the bottlenecks at the Gigafactory.

After many months of small production numbers and a plethora of problems, it seems that Tesla is successfully putting all the pieces together. The Model 3 has outsold all the competition for months already and it can only get much better from here. To top it off, Musk Tweeted a photo of the first Model 3 Performance coming off the assembly line weeks ahead of schedule.