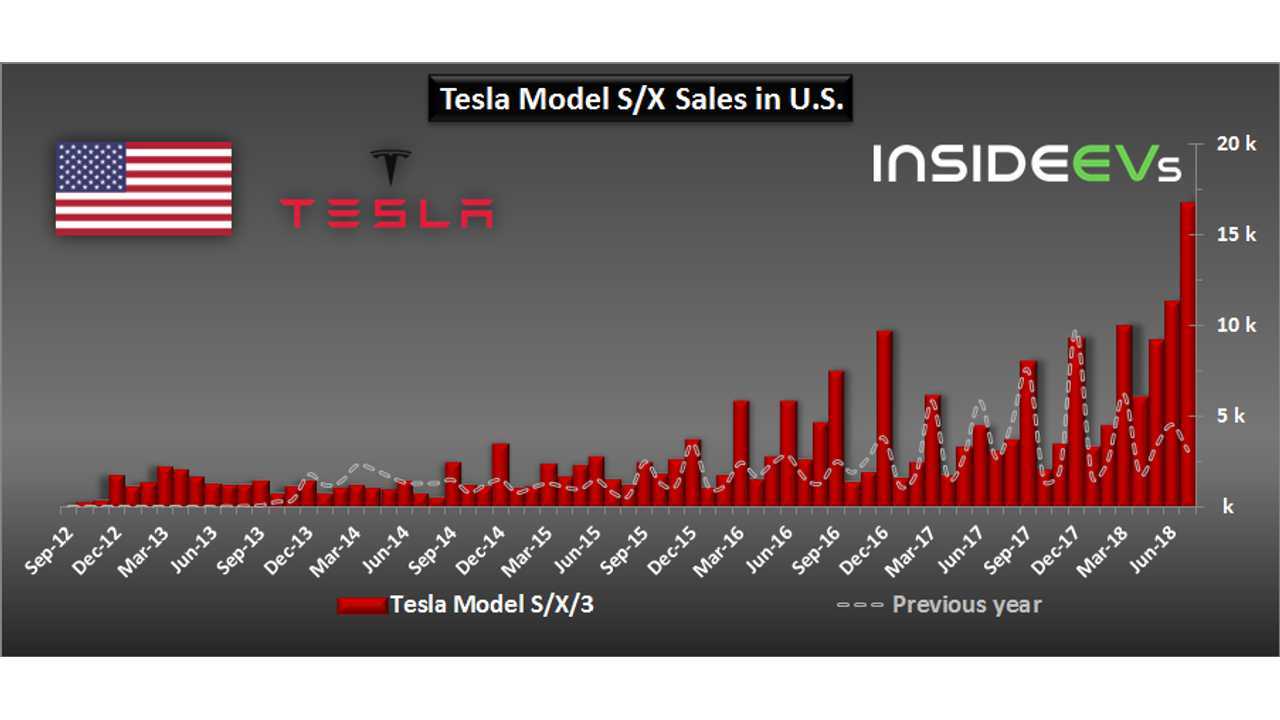 Tesla increased electric car sales in the U.S. by more than four times in July.

Strong results from Tesla means that July for the first time will become a record month (usually records were noted in the last months of quarters).

We would like to pay particular attention to the rolling 12-month total, which indicates that Tesla entered a phase of exponential growth of sales. In the past 12 months, the company already delivered more than 88,000 electric cars in U.S.