In which the electric cat hits the water with one goal in mind.

It's been said that water and electricity do not get along together. Same with water and cats. Well, apparently no one mentioned these basic facts of life to the good folks at Jaguar because, with help from their friends, they've put together the fastest feline to ever sail the seas and have powered it with highly-charged electrons. Behold, the Jaguar Vector Racing V20E.

More mixing of water and electricity 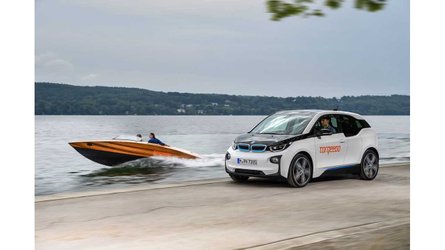 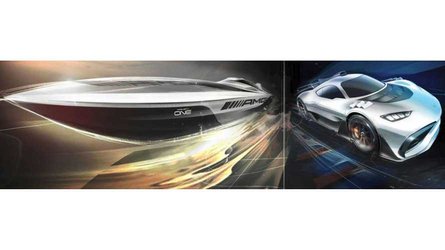 Mercedes-AMG Project One Offspring Will Be A PHEV Cigarette Boat

Like so many vehicles that bear the badge of the big cat, this watercraft was built for speed. Now, it has its first record under its belt. Let loose today on a calm Coniston Water, a narrow eight-mile long lake located in England, it averaged a sea-skimming 88.61 miles per hour over two passes of a 1-kilometer (.62-mile) course. That's fast enough, says Jag, to secure both the British and world record for the fastest battery-powered boat. The previous record, set back in 2008, was 76.8 mph.

To aid it in its wet and speedy effort, the Tata-owned automaker partnered with racing watercraft experts Vector as well as Williams Advanced Engineering. From the latter, it borrowed the electric drivetrain's components. Though we weren't supplied with specifics about the battery, motor, or controller involved, they do tell us that they are the same bits which are used in the Formula E, the electric road racing series in which Jaguar and Williams are also partners.

Besides its expertise in powerboat engineering, the team also leaned on Vector for a pilot. It was Jaguar Vector co-founder and technical director Peter Dredge who held the wheel steady and laid into the throttle on these early morning rips down the lake. With plans to conquer a number of other records over the next 18 months, we imagine he will again be called on for captaincy.