Time to take the Tesla Model 3 back to the track to see if the new over-the-air braking update reduces the stopping distance.

We previously shared Edmunds' track test of the Tesla Model 3. During that run, the publication measured a 133-foot stopping distance in its Model 3 with the standard 18-inch tires (which is the same number Tesla achieved). Dan Edmunds explains that while that wasn't fantastic, it was in the ballpark. Despite Edmunds' test, others, including Consumer Reports, measured much longer stopping distances.

When Consumer Reports chose to not recommend the Model 3, Tesla jumped into action with an over-the-air update in an attempt to fix the issue. Tesla CEO Elon Musk explained that the issue was attributed to an ABS calibration algorithm, and when fixed, it should improve braking by "~20 feet for repeated heavy braking events." 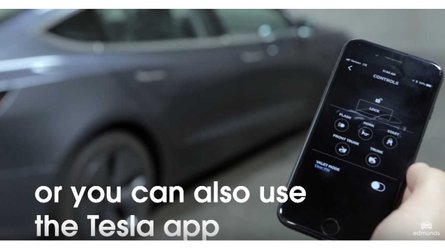 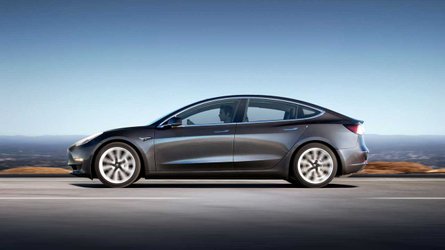 Musk's Tweet was unclear since we don't know if the update would improve that initial braking event or only subsequent events. Edmunds moved to find out, using the same car with the same configuration, tires, brakes, and pads. Two tests proved that the brakes now have much more "bite." Edmunds' Model 3 stopped about 10-11 feet sooner.

While this is not the ~20 feet that Musk mentioned, it's important to remember that Edmunds' early test was already decent at 133 feet, which is significantly better than CR's 152-foot measurement. When CR retested the Model 3, a ~20-foot improvement was measured and the car achieved its recommended status.

Did Tesla's over-the-air firmware update change the braking distance of our Model 3? Dan Edmunds, director of vehicle testing for Edmunds, heads back to the track with our long-term Model 3 for a second round of brake tests following a firmware update (2018.18.13) Tesla released late in May.

The update is said to address an issue with the Model 3's braking system after some third-party organizations reported exceptionally long stopping distances for the vehicle in testing. We changed nothing else on our car, using the same brakes, the same tires, set at the same tire pressure (45 psi), and the exact same testing protocol we always do. Here's what we found.