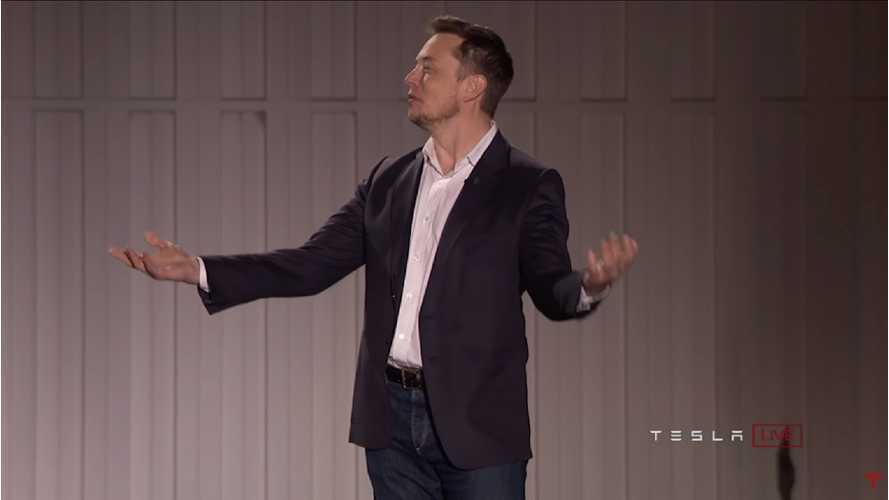 FOR TESLA'S ELON MUSK, TAKING DOWN THE SHORT SELLERS IS PERSONAL

Dating back to the early days of Model S production, Elon Musk has been feuding with Tesla short sellers. Back then, Musk cautioned those betting against Tesla stock that a "tsunami of hurt" was coming their way. Sure enough, it did. Tesla's stock skyrocketed. And last year, when the stock was surging, Musk taunted shorts on Twitter, "Stormy weather in shortville..." According to Zero Hedge, "Elon Musk's feud with Tesla shorts is not business, it's just personal."

Above: For Elon Musk, this is personal (Image: The Verge)

In a dangerous signal to shorts, the taunting started again: "One month ago... Musk first warned shorts that 'oh and uh short burn of the century comin soon. Flamethrowers should arrive just in time', then followed it up just hours later with another taunt on the coming short squeeze which 'Looks like sooner than expected. The sheer magnitude of short carnage will be unreal. If you’re short, I suggest tiptoeing quietly to the exit...'"

Then, "on May 7, Musk tripled down, and put money where his trash-talking mouth is, revealing that in a clear attempt to create an upside burst in an illiquid market, Musk bought about $9.85 million worth of Tesla shares in the pre-market just so his limited purchase could have the most outsized impact possible on the price, and force a burst of short-covering which has become Musk's favorite way of keeping the stock levitating."

Musk also made a highly-visible sacrifice to push the company towards profitability. He let go of 9% of the workforce in order to cut costs. In a letter to the staff, Musk admitted, "we will never achieve  mission unless we eventually demonstrate that we can be sustainably profitable." These cost-cutting measures (and rhetoric) signal yet another source of anxiety for the shorts as "Tesla remains dead set on achieving profitability," according to Daniel Sparks at Motley Fool.

If that wasn't enough, "Musk has done it again, and literally tripled down in his crusade against the company's short sellers when he bought $24.9 million in TESLA stock, or 72,500 shares... what is notable is that Musk no longer even pretends that he is looking for value, purchasing $25M in stock when it is trading near the highest level of the year." The result: Tesla's short sellers have now lost more than $2 Billion betting against Musk this month.

At the end of the day, "for Musk, who is already Tesla’s largest shareholder with a stake approaching 20%, the  purchase was merely theatrical - and he knew it - and meant to strike even more fear among the shorts." On CNBC, a befuddled Jim Cramer (a consistent Tesla-critic) started comparing him to Mohammed Ali saying, "No one has been as masterful. Elon Musk is masterful. He'll take the shorts... He floats like a butterfly, stings like a bee."