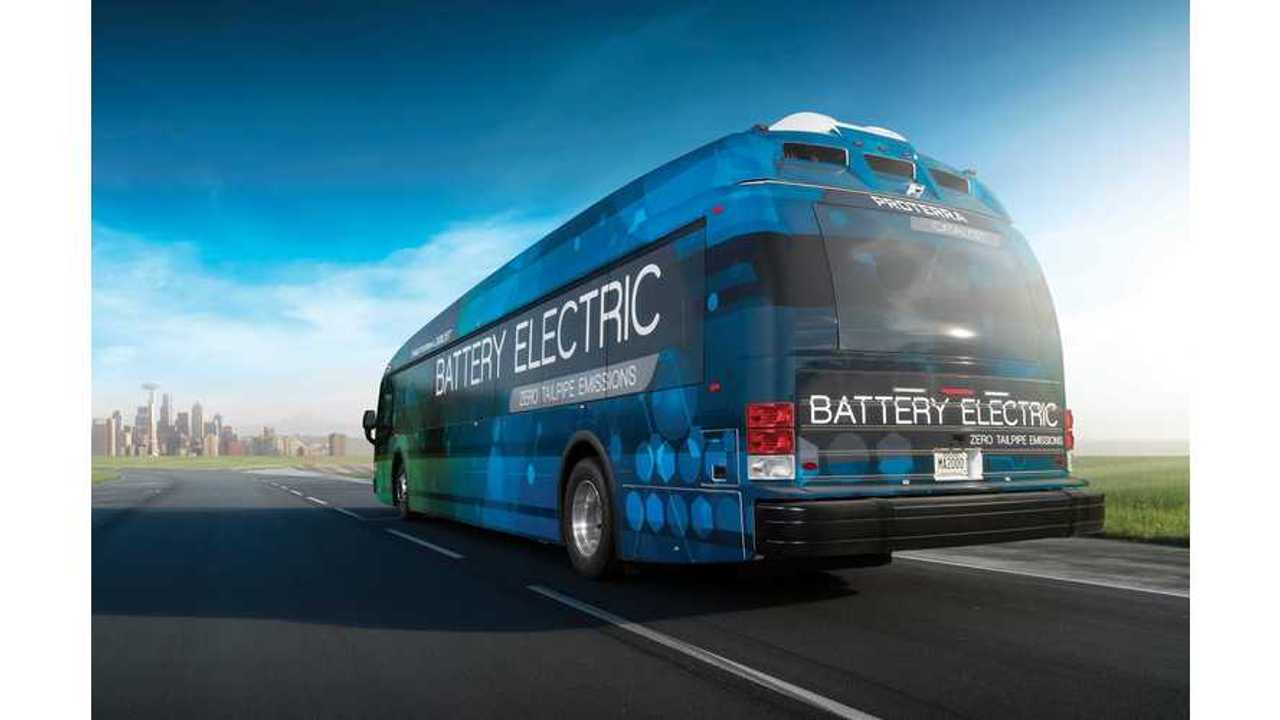 The Chicago Transit Authority placed one of the biggest electric buses order for 20 Proterra Catalyst and five fast-charging stations for 5-10 minute recharges.

The $32 million contract won by Proterra is the aftermath of tests of two buses conducted since 2014, which bring $54,000 savings annually compared to a conventional vehicle ($24,000 in fuel costs, and $30,000 in maintenance costs).

"CTA has been testing two electric buses since 2014, when the agency became the first in the country to use all-electric-powered buses for regular scheduled service. Both electric buses have performed well and adeptly handled Chicago’s weather and temperatures."

"In addition to lower emissions that benefit air quality, electric buses offer savings in fuel costs and maintenance costs. The two electric buses currently in operation have saved CTA more than $24,000 annually in fuel costs, and $30,000 annually in maintenance costs, when compared to diesel buses purchased in 2014. They also provide a quieter ride, producing noise the equivalent to a human conversation. Additionally, the buses will include new passenger information screens to show real-time travel information and other service information."

Range of the new buses is to be 75-120 miles, because these are versions with smaller batteries that can be quickly recharged in minutes.

The Chicago Transit Authority operates a fleet of more than 1,800, so the electric fleet will be just over 1% by the end of 2020.

"Proterra, an industry leader in electric-bus manufacturing with facilities in California and South Carolina, was awarded the contract following a competitive bid process. Proterra has manufactured electric buses for more than 60 transit agencies, universities and commercial clients across the United States. CTA expects to begin receiving the first buses by the end of 2018, which will begin service along one of CTA’s busiest bus routes – the #66 Chicago route. The remaining buses are expected to arrive through 2020 and will be assigned to operate along the #66 and #124 Navy Pier routes."

"The new bus contract also includes the installation of five electric quick-charging stations at Navy Pier, Chicago/Austin and the CTA’s Chicago Avenue garage. The units will allow charging within 5-10 minutes, allowing buses to return to service quickly. Buses can run between 75-120 miles on a single charge."

“The purchase of these 20 new electric buses represents a new path for Chicago’s public transit, one that is greener, healthier and more efficient for all who live and visit our great city. This is just the latest example of the types of investments we will continue to make in the years to come, further solidifying Chicago as a world-class city that is at the forefront of modern and green technologies.”

“CTA is at the forefront of pursuing new technologies, including electric buses, which have performed very well—exceeding expectations and providing reliable, comfortable transportation to our customers. We are pleased to expand the number of electric buses in our fleet and demonstrate that all-electric vehicles are a viable method to build a more environmentally friendly fleet.”