The Fisker EMotion all-electric sports car was recently seen in Los Angeles and, as expected, it's a rather spectacular looking machine when spotted amongst regular cars.

Henrik Fisker gave it a short test drive and expressed his impatience on the upcoming solid-state batteries. This public display confirms one of the questions we asked of Henrik Fisker in a recent exclusive interview:

Is the prototype drivable, and if so, how much of the hardware/software that motivates it will be carried over into production?

Insider news: Last week we did several cycles of 5C rates (12-minute charge, discharge) and our solid state cells recovered to 100% capacity. Now this is getting really exciting. 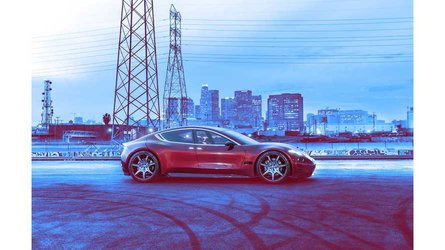 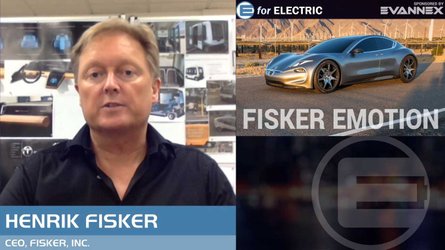 UPDATE: Fisker Aims To Launch EMotion With Solid-State Battery in 2020
Moving on, the production EMotion will see its energy needs fulfilled by LG Chem batteries for now until solid-state technology is ready for commercialization.
Lastly, as for when we'll see production begin on the EMotion, Fisker responded to that question of ours too:

How far along is the engineering of the production version of the EMotion?