We get the first glimpse of a Tesla Model X acting as a train car in The Boring Company's Los Angeles tunnel.

It seems every time we think we have a better idea of what Elon Musk is planning to do with his Boring Company tunnels, the plan unfolds, shifts, and unfolds again. First, there were the streetside car elevators, which we got to see in the initial computer-animated teaser video and later in concept form. Then there was a Model S simply driving through the tunnel.

Recently, the company released a new concept video with a closer look at the bus-like passenger transport pods. This was in conjunction with Musk's Tweet explaining that the tunnels will prioritize pedestrian and cyclist travel over that of vehicles. Now, seemingly in opposition of that, we see a Tesla Model X riding on rails ...

Boring New That's Not So Boring 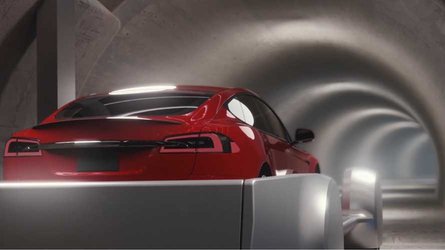 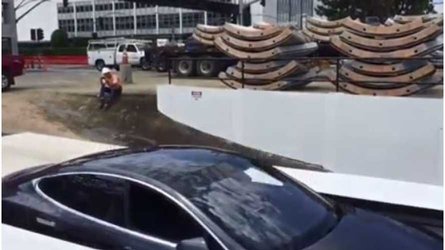 It's hard to know what's next with Musk and his side project. C'mon, this is the same CEO and company that sold flamethrowers to raise funds. Obviously, something will need to be decided ... eventually. The boring process is long and tedious (and boring), so it will be some time before there is a need to make any concrete decisions.

However, the company just announced that Chicago accepted its bid for a new high-speed transport system between downtown and O'Hare International Airport. We have very little details about this project as well, but at least it's something more official. It will be interesting to see how this all unfolds.