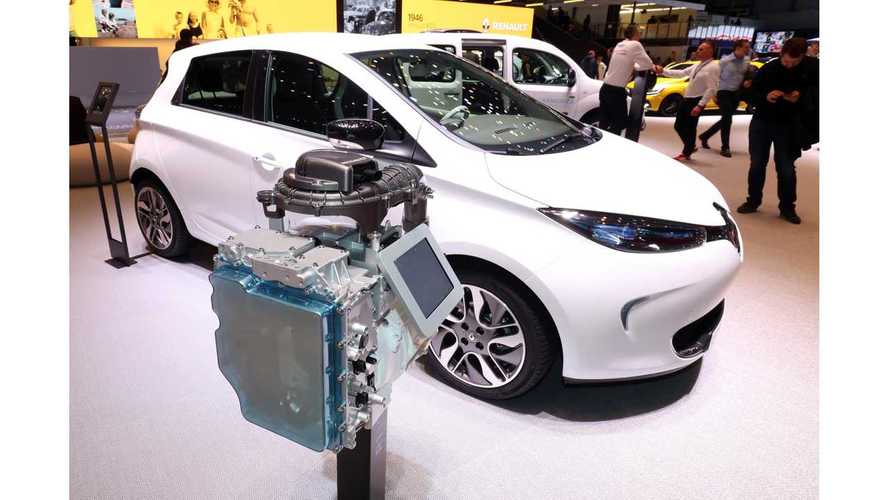 Renault announced a major investment of €1 billion ($1.16 billion) to accelerate the development and production of electric vehicles in France.

The French manufacturer intends to introduce 8 all-electric and 12 electrified cars by 2022 and strengthen EV capabilities of its facilities in the home market.

As we can see, besides the increase in production of ZOE, Renault will begin to produce new all-electric passenger cars in Douai. The new model or models are to be based on the joint platform of Renault-Nissan-Mitsubishi Alliance.

The positive is that in a few years, the next-generation Kangoo Z.E. will be introduced, and of course, the Cleon plant needs to triple electric motor output to handle all those cars (as well as demand from Daimler's smart division, which is supplies with motors).

Info on the next-generation electric motor in 2021 hints at what we expect to be the new BEV on the joint Renault-Nissan-Mitsubishi Alliance platform.

"The acceleration of our investments in France for electric vehicles will increase the competitiveness and attractiveness of our French industrial sites. Within the framework of its Drive the Future strategic plan and with the Alliance, Groupe Renault is giving itself the means to maintain its leadership in the electric vehicle market and to continue to develop new sustainable mobility solutions for all".

Renault previously announced that it plans to recruit 5,000 employees on permanent contracts in France between 2017 and 2019 and to spend 235 million euros on training over the same period. Focused on the future, Renault's plants are adapting to meet the demands of their customers and the new challenges of the automotive sector."

- Turnover of more than 70 billion euros - Group operating margin of more than 7%, representing an increase of more than 50% in value, with a floor of 5% over the life of the plan - Positive cash flow each year - 4.2 billion in Monozukuri savings over the life of the plan - 18 billion euros of investment in research and development - More than 5 million vehicles sold, doubling sales outside Europe - Leadership on the electric vehicle: 8 electric models, 12 electrified models - 100% of vehicles connected to key markets and 15 autonomous Renault vehicles"