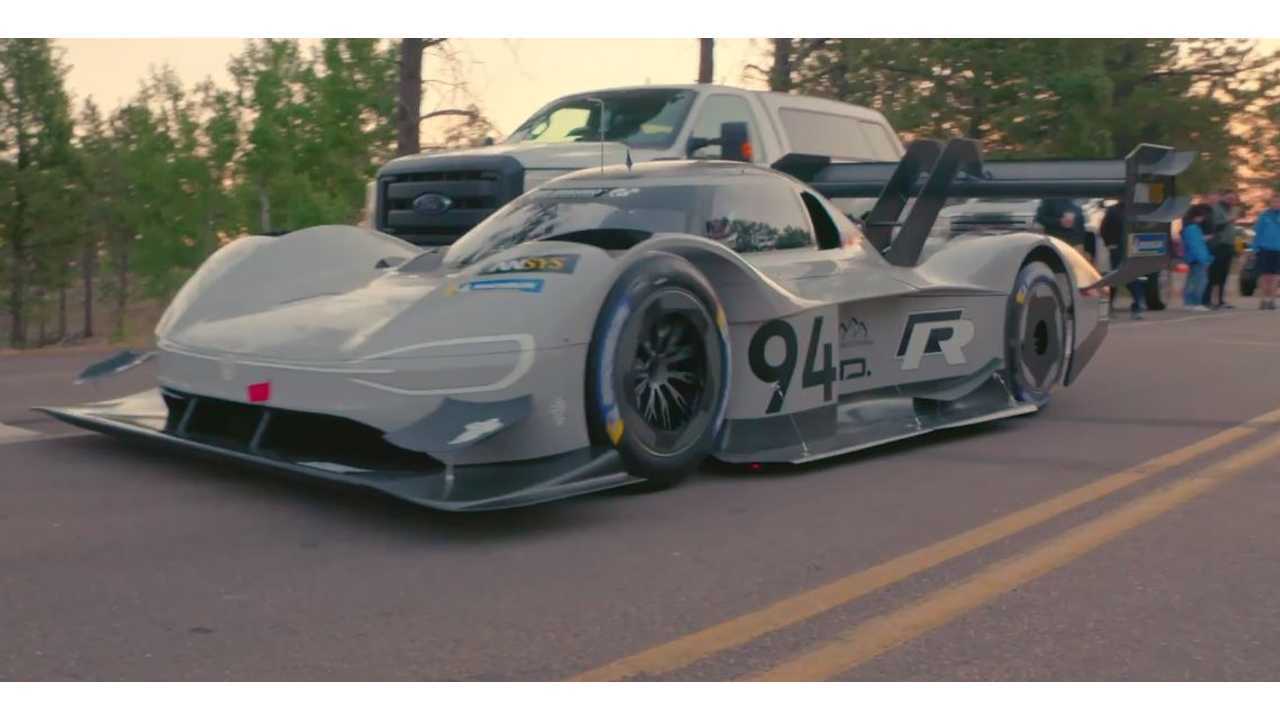 In 10 days from now, Volkswagen will be gunning for the fastest electric car record at Pikes Peak with this – the I.D. R Pikes Peak. Now carrying the final light gray livery as featured in the video above, the zero-emissions race car carrying the number 94 has the numbers to back up VW’s objective to beat the current record. It needs to cross the finish line in under 8 minutes and 57.118 seconds, the current record established by Rhys Millen back in 2016 behind the wheel with the e0 PP100.

At the heart of the I.D. R Pikes Peak – which weighs less than 1,100 kilograms (2,425 pounds) - are two electric engines, one driving the front axle while the other powering the rear wheels. These provide an immense combined output of 670 horsepower (500 kilowatts) and get their juice from two interlinked and integrated lithium-ion battery packs positioned to the left and right of the cockpit.

Defending champion Romain Dumas will drive the electric race car on the challenging 12.42-mile (19.99-kilometer) track and the I.D. R Pikes Peak will be smart enough to automatically adjust power delivery based on the road conditions. Under braking, energy recuperation kicks in and VW says the vehicle will be able to produce as much as 20 percent of the needed juice thanks to a brake-by-wire system.

VW Motorsport joined forces with the team responsible for engineering the upcoming I.D. production models, and while the road cars won’t be nearly as exciting as this, some of the knowledge will be put to good use in the company’s EV assault. It’s set to kick off in 2020 and the electric portfolio will grow to include a multitude of models across just about all segments of the market.

Meanwhile, VW’s electric track weapon will demonstrate what it’s made of at Pikes Peak on June 24. It’s billed as being quicker than an F1 car by hitting 62 mph (100 kph) in just 2.25 seconds, so it must live up to the hype.