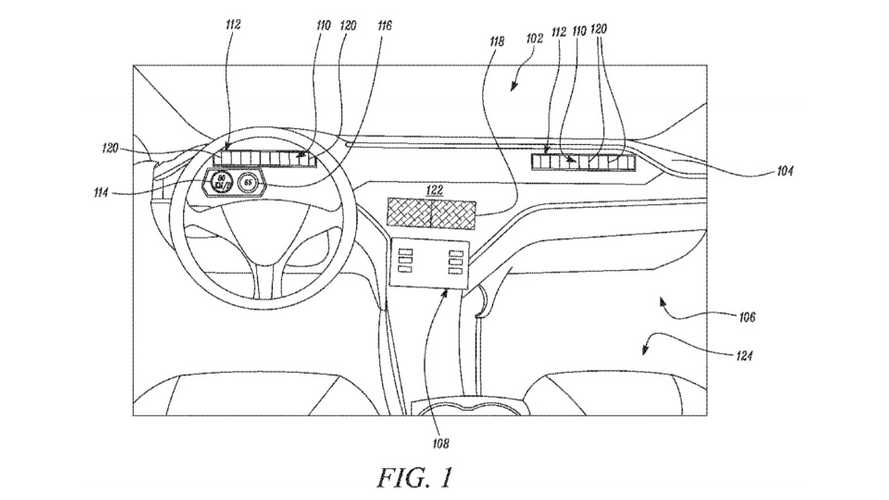 To air, via a touch screen, is Tesla

One of the features in the Tesla Model 3 that received a fair amount of praise when the mid-size sedan was first released was its innovative heating, ventilation, and air conditioning (HVAC) system. Controlled through the 15-inch screen, it sends a highly configurable flow of air through a thin strip that runs the length of the dash. Now, it seems the basic elements that made the system special will also be used in future models from the electric automaker.

Other patents pending your perusal

The giveaway comes from an international patent application — WO2018106351 — which, among a number of illustrations, shows us its integration in the dash of an unnamed model. As noted by Teslarati, from whence we sourced this story, it seems the vehicle in question could be a future version of the Model S or Model X. We note that, while it did occur to us that it could also be the Model Y, we expect that vehicle to have a dash area similar to the one in the Model 3, whereas this illustration shows an instrument gauge behind the steering wheel, as well as between the seat cup holders similar to those found in today's Model S.

This is significant because at six years of age, the Model S is becoming ripe for a complete do-over, and this part of the Tesla product roadmap remains blanketed in silent darkness. We know, roughly, the plan for the Model Y crossover, the next-generation Roadster, and the Tesla Semi. We even know that a pickup truck is in the works.

With competition from established automakers finally starting to creep up on the EV pioneer, Tesla needs to unleash the innovation it's acquired over the past half-dozen years onto its flagship products, the Model S and Model X. Not only could this help preserve the market share which its taken so far, but it could also result in improved profit margins, as it would be better engineered for manufacturability and take advantage of the new cheaper energy-dense cells and the advances its made in packaging them.

But back briefly to this patent. It seems in this iteration, the outflow is broken up between two main strips in front of the passengers. Also, the mechanisms inside of the structure seem a little more complex than the one found in the Model 3. If you're a sucker for technical details be sure to check out the 52-page document which explains the system in more detail. For the rest of us, though, the abstract below is probably plenty to satisfy our curiosity.