Tesla Has Been Nearly Single-Handed In Bringing EVs To Mainstream 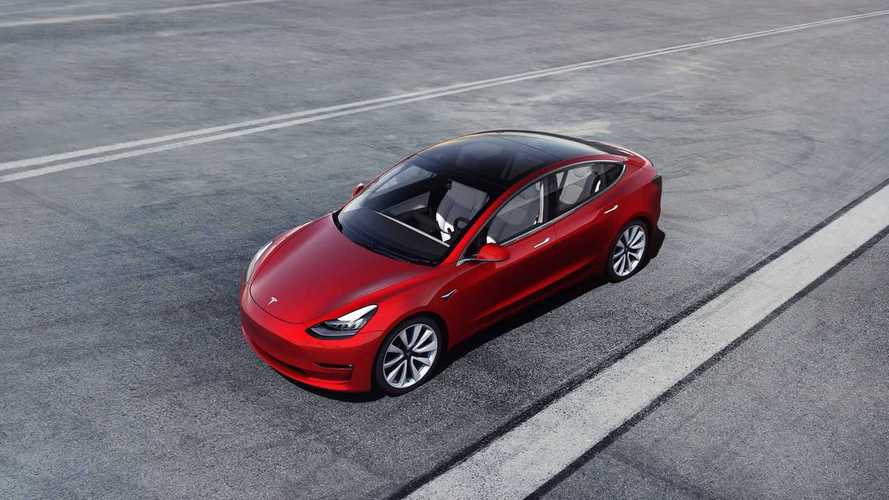 TESLA’S OUTSIZED ROLE IN THE FUTURE OF ELECTRIC VEHICLES

Like many others, Dan Sperling has been impressed by Tesla’s rapid rise. In a recent article published in Forbes, he describes his 2008 visit to Tesla’s tiny factory in Silicon Valley, where he was “floored by their ambition and skeptical they could survive, much less thrive. Tesla’s journey from upstart visionary to household name has been a wild ride, filled with remarkable highs and lows.” In the course of that journey, Tesla launched the first auto-industry IPO in over 60 years and built a market cap similar to those of Ford and GM.

Above: A look at the Tesla line-up (Source: Tesla)

More importantly, Tesla has almost single-handedly brought electric vehicles into the mainstream, a deed of great service to the United States and the world. “We need a strong private-sector leader like Tesla pulling EV technologies and markets forward in the United States,” writes Sperling. “Such leadership has profound implications for climate change, pollution, and US competitiveness in the global economy.”

However, Tesla’s position is not exactly secure, and its financial weakness threatens to derail the much-needed transition to EVs. “Tesla has struggled to maintain adequate cash flow, meet targets, and overcome manufacturing issues,” says Sperling. “Recent challenges meeting expectations and demand for the Model 3 mass-market sedan - challenges compounded by Elon Musk’s erratic and distracted behavior - are fueling predictions that the company is on the verge of collapse.”

Above: Tesla produced three times as many Model 3s in Q2 as it did in Q1 (Chart: Business Insider via Statista)

Of course, your correspondent and others have argued that those predictions of doom are greatly overstated, but they can’t be dismissed entirely, and if Tesla disappears, the global transition to EVs could be set back decades. “The status of EVs is fragile, especially in the United States,” Sperling writes. “The Trump administration is threatening to freeze national fuel-efficiency and CO2 standards, which would undermine automaker investments in EVs. It is also threatening to block the zero-emission vehicle mandates in place in California and nine other states, further undermining investments.”

“While domestic progress on EVs stalls, other countries are pulling away. China sold almost half a million EVs the first half of 2018 now accounts for half of all EVs sold worldwide. China is also leading on electrifying larger vehicles. The Chinese city of Shenzhen has converted every one of its 16,000 buses to electricity.”

Above: Projections have China leading the worldwide push toward EVs (Source: Bloomberg)

“If not for Tesla, the gap between the United States and other global powers would be even wider,” Sperling continues. “Tesla is the only company other than the Chinese company BYD making a massive and unequivocal commitment to EVs. Tesla also plays an essential role as a visionary. Tesla consistently pushes the envelope on EV technology, forcing a rethinking of what EVs are and can be.”

“If Tesla falls, who can we count on to carry the torch on EVs?” Tesla skeptics make much of the legacy automakers’ potential to use their market power and economies of scale to bury the California upstart. However, it isn’t a question of capability, but of will. GM’s Chevy Bolt is competitive with Tesla when it comes to range, but GM’s resolve is suspect, writes Sperling with understatement, noting that EVs account for just 0.5% of GM’s total US car sales. Nissan and BMW sell more EVs as a percentage of their total US sales (1% and 8% respectively), but the total numbers are still small. A glance at the monthly EV sales figures shows how far behind Tesla the legacy carmakers are, and despite highly-publicized announcements of new EVs in the pipeline (most of them years away, and most of them for China), there’s no indication that any of the majors really covet a major share of the EV market. The prevailing wait-and-see attitude is a sound business decision, at least in the short term - for the majors, EVs remain a money-losing proposition (not for Tesla).

Above: To take advantage of the massive market opportunity in China, Tesla has plans to open a factory in Shanghai (Youtube: South China Morning Post)

As Sperling notes, the fact that all major automakers are producing EVs represents major progress. However, “active innovation and sustained commitment is needed for progress to continue to the point where EV manufacturing becomes profitable and hence self-sustaining.”

The eventual transition to EVs is no longer in question - what’s at risk is US and European competitiveness in the growing market. “So far, Tesla is the only company leading the charge,” Sperling writes. If Elon Musk and his band of brothers were to fail in their quest, the future of the US auto industry, and of the global climate, would be bleak.