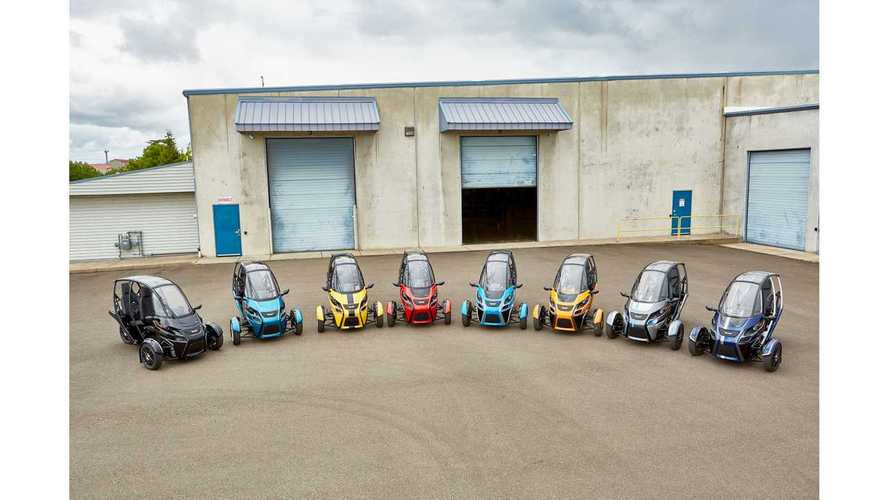 After enduring years of effort, Arcimoto is finally and truly a full-fledged company. An actual going concern. A respectable member of the transportation community. It's even publicly traded, having launched an IPO in 2017. Now, a new milestone: the completion of its 10-unit Signature Series.

Arcimoto Flaunts Its First FUV At The LA Auto Show

For a small company, this achievement is something worth celebrating, so the Eugene, Oregon outfit did just that and held a little get together on the weekend, appropriately called "Get Amped" to thank shareholders and customers. Coinciding with its first annual shareholder meeting, the event saw the handover of four of the machines to paying customers. So, of the ten Signature machines — the first two also having been delivered to company founder Mark Frohnmayer and actor Nathan Fillion — two more will be delivered to their owners soon, while the remaining pair are being held onto by the company for marketing.

With some wind at its back, Arcimoto will now move onto its next goal: building a 15-unit Beta Series production run. These will have some minor tweaks made to their chassis and body panels, along with a few other improvements, and will be used for "fleet and rental operations." The company is, along with sales to individuals, confident in achieving a significant amount of fleet sales at destination locations. If you've ever visited a resort area where mobs of people, often unskilled, are let loose on the streets astride scooters, then you can imagine the market potential for something more capable, safer, yet still having that open-air appeal.

But back to the beta bikes. In this case, it doesn't quite mean serial pre-production. Before the company starts filling its 2,700 pre-orders, it will build an additional 25-unit Pilot Series. While this additional step may increase the wait somewhat for those who have placed a $100 deposit on the $12,900 Fun Utility Vehicles, it should add additional assurance that when delivery day arrives, their new ride will remain trouble-free. And the wait won't be forever. Founder Frohnmayer tells us they're hoping to finish off these initial orders within a year from now.

To get a better idea of where Arcimoto is presently, and where they soon hope to be, check out the recently released 2018 Q1 update video below. It's well worth the four-minute investment, with views of the manufacturing and assembly facility and even some driving footage.