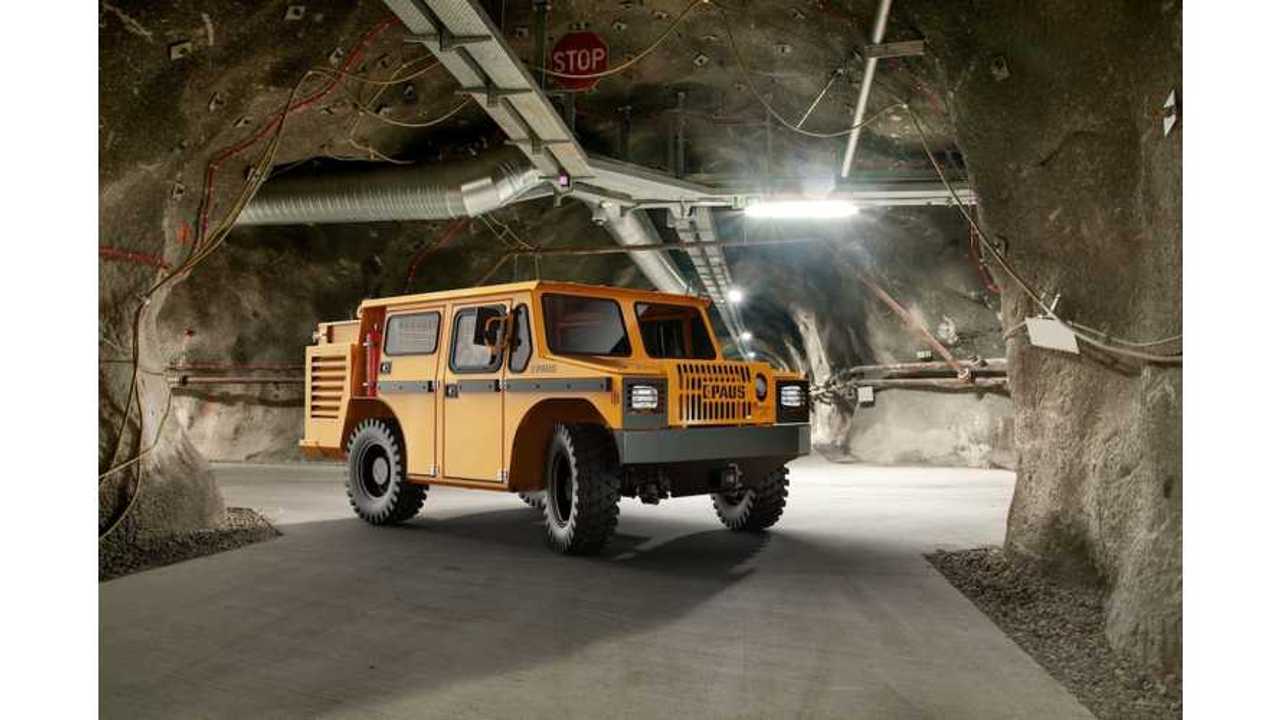 Mining vehicles are a perfect fit for all-electric.

Why? Because it's hard to get rid of emission produced by a diesel engine underground. Additionally, going electric decreases the danger of explosion.

Recently, Emsbürener Hermann Paus Maschinenfabrik GmbH together with Danfoss Mobile Electrification developed an all-electric version of the MinCa 5.1 truck, which previously was offered only as diesel.

The MinCa 5.1E is equipped with a 50 kW electric motor for all-wheel drive and 50 kWh battery, which should last for 3-4 hours, according to the company. Payload of the truck is 1,200 kg.

For those who need more range, there is the MinCa 5.1H with a 20 kWh battery and range-extender, that extends its working shift to 12 hours between fill-ups.

Watch Tesla Model X Pull 250,000 Pounds Of Rail Car Out Of A Tunnel

"In addition to the health protection of mine workers, customers based in, for example, North and South America, Russia or Australia benefit from up to 50% lower fuel costs for construction site work. In addition, the abandonment of diesel vehicles generally improves air quality, so the cost of ventilation systems can also be minimized.

The universal vehicle MinCa 5.1 is produced in Emsbüren and has been on the market for two years as a diesel vehicle. The electric and hybrid version, which was developed and tested in cooperation with Paus and Danfoss in recent months, is now going into series production. The first copies of the four-wheel drive vehicle will be delivered to customers of the two companies later this year.

Danfoss Mobile Electrification, part of Danfoss Power Solutions, is a specialist in smart electric and hybrid powertrains for marine, commercial and heavy-duty vehicles based in Lappeenranta, Finland. Danfoss Mobile Electrification was created following the acquisition of Danfoss’ original Visedo Oy company, founded in 2009, in December 2017. The drives are suitable for hybrids and electrical systems in the 30 to 2,000 kilowatt power range."