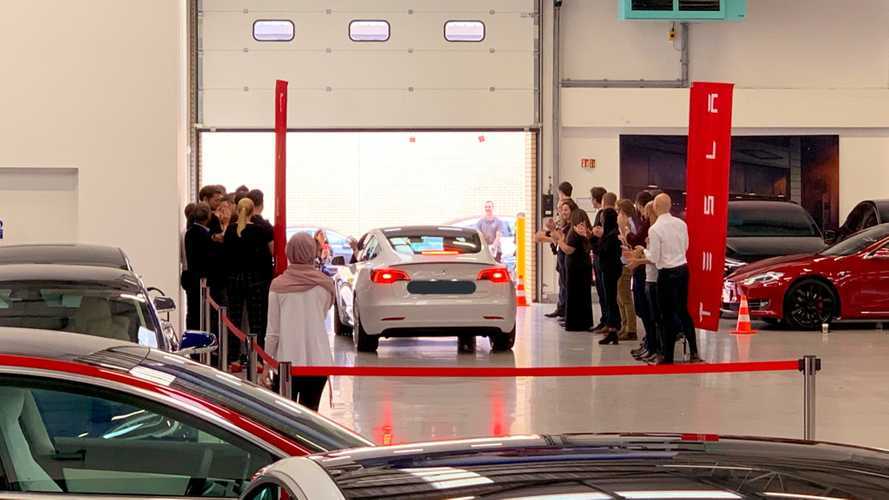 Long ago, reviewers pondered over the Tesla Model S being "the Jesus Christ of automobiles." But what about Tesla's newer, lower-priced Model 3? It turns out the company's smaller sedan has also been well-received by both mainstream and automotive media outlets. Maxim, the swashbuckling men's magazine, recently joined the fray with their own review of "the world's most controversial car," asking the all-important question: "Does Elon Musk's baby live up to the hype?"

At first, Maxim's Nicholas Stecher takes issue with Tesla's "cynically glib" CEO who sounds off on Twitter and TSLA earnings calls. Although he admits, "Despite Musk’s at-times nauseating bluster, he and Tesla have built quite a remarkable piece of technology. The EV is such a joy to drive, and so simple to own and operate, that if giving up our beloved internal combustion engines is the price to pay for the future we may all hang up the petrol nozzle soon."

Once inside the Model 3, Stecher notes, "the first thing that strikes you is the airiness of the cabin, the overall aquarium-like feel of the greenhouse. If minimalism is the most salient quality of the interior, then glass is the second. The wide raked windshield combines with the long door windows, capped by a glass roof. Everywhere you look, you see the outside world around you. It is quite emancipating, in the sense that you breathe easier in an amphitheater than in a cubicle. It’s like driving in the Popemobile."

Above: The open, airy feel of the Model 3's interior (Image: Tesla)

Stecher adds, "Then you press the throttle, and everything changes. You don’t give a damn about the birds chirping in the trees nearby, or the cloudless sky overhead, or anything for that matter — all you care about is the abundance of torque available at the whim of your big toe... Wanna zoom away from the starting line at a stop sign or light? Slam it and you’ll leave everyone short of a 911 or AMG in your rearview, your skull pinned against the headrest."

Yes, Model 3 has muscle car chops but Stecher also cites its Silicon Valley roots. He explains, "In tech lingo they have the concept of 'removing friction', as in eliminating points that resist ease of use. The Model 3 accomplishes this goal in ways no other automobile I have ever driven does: unlocking, starting, driving, exiting and locking, Autopilot, etc. In almost every way imaginable, the vehicle opens itself up for you and is ready for use."

Above: Tesla's Model 3 from above (Image: Tesla)

Looking back on Maxim's Model 3 experience, he concludes: "It is relaxing in a way that is impossible to understand until you enjoy it for yourself. Which by no means suggests the Model 3 is the most luxurious or even comfortable vehicle out there; it is just the most frictionless. And that easy experience — more than its long luxurious torque wave and airy greenhouse — make it superlative. Add 310 miles of zero-emission driving and we are just beginning to glimpse the #future."