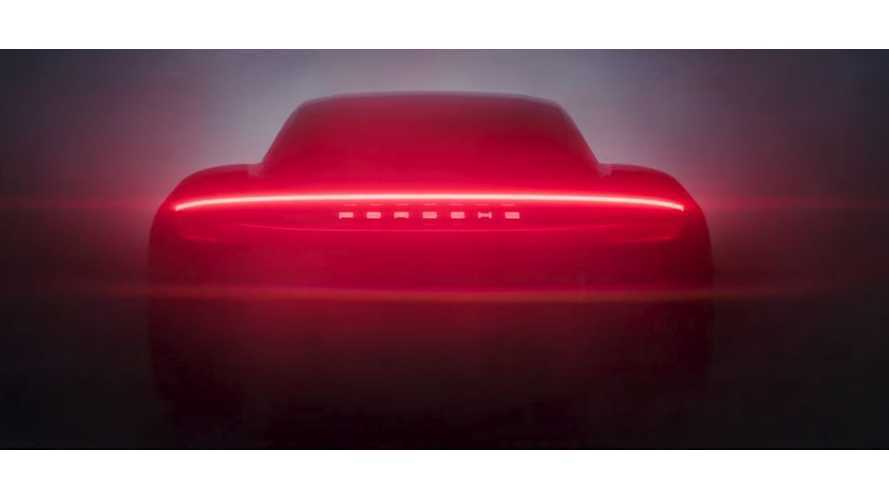 For the first time ever, Porsche is teasing the electric Taycan (previously known as the Mission E).

Late last week, Porsche revealed that, in production form, the car we had previously known as the Mission E would take on a new name - Taycan.

No new details were released at that time, nor are any specs presented in this video, but we do see the Taycan come into view.

All Porsche models have something in common: They have a soul. A certain feeling you get as a driver as soon as you get behind the wheel. Soon, the Porsche Taycan is coming. And although his heart is powered by a different force - electricity - the soul, once again, is the same.

Known specs for the Taycan:

The Taycan will feature a high charge rate that should allow for an 80-percent charge in as little as 15 minutes. This is 400 km (~250 miles) in a car that is supposed to tout a 300-mile range. Porsche aims for a 3.5-second zero-to-60 mph time and a top speed of 155 mph. Porsche CEO Blume calls the new model a car to fill the void between the 911 and the Panamera, and he says it will be:

Which would put it in the $85,000 area, but nothing is official in regards to price yet.

We took the liberty of capturing a few screengrabs from the video that show the Taycan from multiple angles. Check them out in our gallery below: