More about the Bolt and Volt 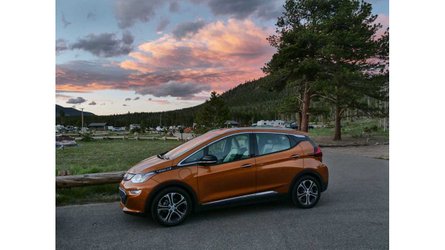 Unfortunately, due to General Motors' recent decision to withhold monthly sales reports in favor of a Tesla-like quarterly reporting system, the following numbers are estimates.

InsideEVs considers this information important to our readers and a testament to what we've been doing for some time. So, we have attempted to provide you with our best estimates. Our numbers are primarily based upon daily inventory tracking, as well as accounts from buyers, dealers and other sources.

Between March and June, the Chevy Volt has consistently edged out the Bolt EV in sales. Bolt inventories were weak all last quarter as GM has prioritized exports of the popular electric vehicle, particularly to South Korea.

Volt sales are essentially flat over July 2017. Bolt sales in July were on par with the 2nd quarter. However, we are finally seeing some improvement in Bolt inventories. By the final days of July, average 2018 Bolt inventories had climbed ~300 units since late June.

We expect Bolt sales to increase month over month from now until the end of the year. By late Q3, most Bolt EV production should be headed to U.S. Chevy dealers. Partially, to prepare for the year-end EV sales rush. But also because GM is expected to hit 200k U.S. Plug-In sales in Q4 2018. Not coincidentally, Bolt EV production will be increased 20% in Q4. According to GM:

The 2019 Volt should also make a strong showing for the second half of the year. The Volt will receive several major improvements for its mid-cycle refresh. Optional 7.2 kW charging and power driver seats just to name a few. This should help the car stay competitive with the Prius Prime and Honda Clarity PHEV.