Auto Alliance Urges ZEV States To Be More Like California

Automakers do not believe that other ZEV states are showing the same commitment to electric vehicle adoption as California.

In early June, the Alliance of Automobile Manufacturers sent letters to the governors of Connecticut, Maine, Maryland, Massachusetts, New Jersey, New York, Oregon, Rhode Island and Vermont. In the letter, the Auto Alliance says that other than California, state governments are not stepping up to the plate.

They state that if ZEV regulations are going to succeed, it will be based on the "sturdiness of a three-legged stool supported by automakers, government and consumers." Of course, the group argues that outside of California, state governments are not providing enough incentive for their citizens to go electric.

From an excerpt of one letter sent to Connecticut:

The biggest challenge is that government has not been fully cognizant of the shared obligation in helping to meet its commitment to ZEVs with actions and decisions that enable the program to work.

If ZEV policy is working anywhere, it's California, where the state deserves credit for "leading by example" by investing in infrastructure and providing meaningful incentives to help make ZEVs a rational choice for Californians.

But California is unique. No other state has stepped up in the same way. And that means that ZEV policy can't succeed. It becomes a costly aspiration rather than a viable strategy, a feel-good talking point but not a catalyst for sustainable change. Our perspective is simple. If a state adopts the ZEV mandate from California as it's own, it must do two things to strengthen the third leg of the proverbial stool. First, it must forge state policy that makes the purchases of ZEVs more attractive. Policy would include financial incentives, HOV access, parking benefits and, of course, infrastructure to recharge (or refuel in the case of hydrogen).

Second, Connecticut should lead by example. A ZEV mandate should include ZEV vehicles in their yearly state fleet purchasing programs at the same percentage as required by the general population under the ZEV mandate, and arguably at an even higher rate. Fleets enjoy more tangible benefits because of the more efficient opportunities for charging and refueling.

While the letter suggests only California is pulling its weight, in reality, results are mixed. There are many state and local initiatives to support plug-in adoption. Some commonly used tactics: rebates on vehicle or EVSE purchases, HOV lane access, and emission testing exemption for plug-in hybrids.

Not all consumers know these financial benefits of course. So seven states have teamed up with the alliance to educate consumers on electric vehicle benefits. 12 east coast states have also joined together to tackle EV charging infrastructure. Even many non-ZEV states have multiple financial incentives available. 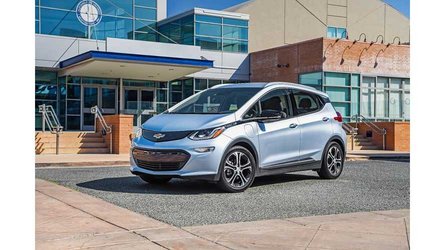 California is still the king

Despite progress, there is no doubt that California has been the most active and multi-faceted in their approach. Unfortunately, one CARB policy has also held back success in other states.

The travel provision heavily favored sales in California at the expense of other ZEV states. For every vehicle sold in California, an automaker would receive equivalent credits in all other CARB states.

Of course, it was the decision of some automakers to create limited production vehicles for sale only on the west coast. There was nothing preventing them from selling their vehicles nationwide. Tesla, Nissan, General Motors, and BMW have sold most of their electric line-up nationwide for years.

But the policy meant selling in any state other than California was discouraged. Thankfully the travel provision has now ended for plug-ins, although it remains in effect for fuel cell vehicles.

Now state governments and manufacturers cannot rely on credits earned from the travel provision. This should encourage other automakers to make their electrics more widely available.

It's true that many states have not done enough to encourage EV adoption. But it is also true that many legacy automakers only made the bare minimum effort to develop the vehicles. Thankfully the situation is improving somewhat on both sides, but we still have a long road ahead.

The full press release and text of the letters can be read below: