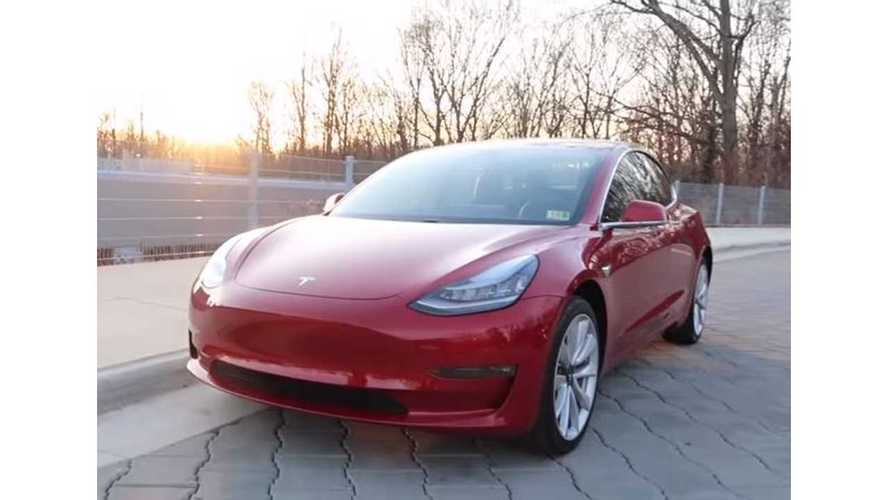 The rise of Tesla is bad news for a number of established businesses, but none are in more clear and present danger than the German automakers, whose vehicles face direct competition from the California disruptor. Model S has been stealing market share in the large luxury sedan segment for a couple of years now, and it’s surely only a matter of time before the Tesla Model 3 begins to encroach on the small sedan segment as well. This trend first began in California and Elon Musk announced Model 3 just became the leading sedan (US market share) in its segment.

How bad will the carnage be, and why aren’t the Germans doing more to defend their markets? Dr. Maximilian Holland, writing in EV Obsession, predicts that the legacy automakers in the US small luxury car segment could lose 50% of their sales in the second half of this year.

Tesla foreshadowed this emerging trend in its First Quarter 2018 Update letter, with a graph that compares projected Model 3 sales to incumbent models such as the BMW 3 and 4 series, the Mercedes C-Class and CLS, and Audi’s A4 and A5. Tesla has indicated that most Model 3 production will continue to go to the US market through the rest of the year, and that volume should reach 5,000 units per week starting in late July or August. Dr. Holland does the math, and the results are likely to induce angst and schadenfreude.

It’s worth keeping in mind that assigning vehicles to “segments” is somewhat arbitrary - some industry analysts group models by size, others by level of “luxury” - however, most observers seem to agree about which vehicles they see as direct competitors for Model 3.

That said, the size of the “small luxury” segment was just under 450,000 units in 2017, or an average of around 37,000 units per month (according to Statista). The German luxury brands accounted for approximately 23,000 units per month, or 61% of the market. Assuming that it reaches its goal of 5,000/week, Tesla will soon be delivering some 21,600 units of Model 3 per month - comparable to the sales of BMW, Mercedes and Audi combined. “There can be no question that all the incumbents in this segment are going to be massively disrupted,” says Dr. Holland.

Above: Already, Tesla has pulled ahead of its German competition (Image: Tesla)

Why? Holland points out that the legacy automakers “have had years to plan for this moment, and yet have done little or nothing to counter it... despite the huge financial and engineering talent resources at their disposal.”

If the success of Model 3 came as a surprise, it certainly shouldn’t have - Elon Musk has been talking about producing a mass-market EV since Tesla’s founding in 2003, and when the company formally unveiled Model 3 in 2016, a quarter of a million orders poured in. The German brands could see how popular Tesla’s third-gen vehicle was, and they had to know that it would be aimed squarely at their markets - Model S has been pilfering from their plates since 2012.

Along with most of the world’s automakers, the Germans have been “sitting on their backsides fumbling around with press releases and half-promises of action on EVs while continuing to invest the vast majority of their time and resources into fossil fuel vehicles and trying to wring the maximum revenues out of this century-old technology,” as Holland eloquently puts it.

All of these companies have built quality EVs. BMW’s i3 was at the forefront of EV development when it hit the market in 2014, but senior management soon lost interest, and the Bavarians haven’t introduced a new EV since.

How can such storied and powerful companies lose market position so quickly to a Silicon Valley upstart? EVs represent a far superior technology, as anyone who’s driven one will attest, and the high end of the market, where the high cost of batteries is less of a deal-killer, is the most logical place to introduce them. The German luxury brands “were ideally placed to explore the potential of EVs in the large premium segments,” writes Holland. “But they refused to do so, and instead they left that entirely to Tesla.”