Is Percentage Of UK Motorists Considering Switch To EVs Decreasing? 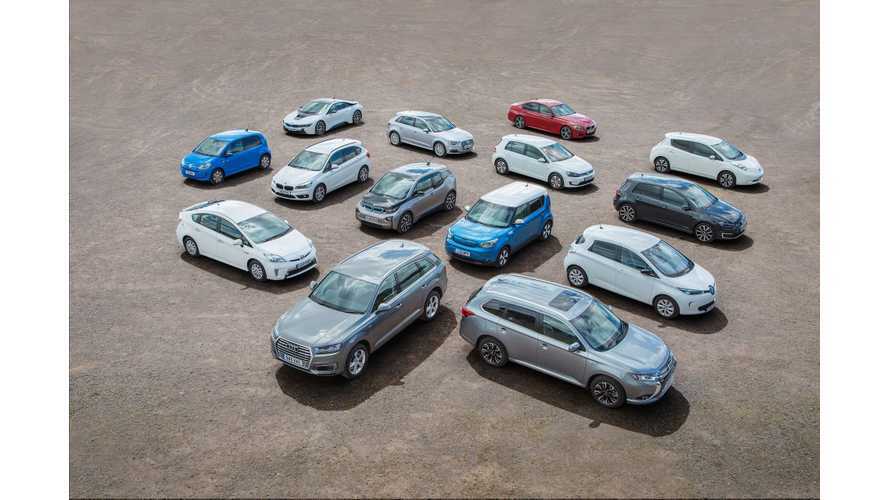 While in early 2017 Venson reported that 85% of motorists would seriously consider buying an electric vehicle in the UK, this summer it turns out that only a fraction of that amount responded the same.

Well, we knew it must be too good to be true. According to a new survey from Venson Automotive Solutions, only 15% out of the 200 said they will definitely be making the switch to an EV or hybrid vehicle when they next purchase a car or choose an alternative company vehicle.

"The findings are a blow to the zero emissions vehicle plan. Just a year ago, 85% of motorists surveyed by Venson said they would seriously consider buying an EV, following news from Total and Shell that they would be installing more charging points. Yet in Venson’s ‘2018 EV Attitudes’ survey only 15% confirmed they actually intend to buy one in the very near future."

A bigger group (19%) said they refuse to switch until there is no other option available to them. The other 66% - that are between yes or no today - probably will be step by step switching to the EV side when the value proposition improves.

"Of the 200 people surveyed, 38% said that they will consider an EV within their options when they next purchase a car, and 28% confirmed they have no intention of doing so for the next 10-15 years. Almost one in five (19%) said they refuse to switch until there is no other option available to them.

Whilst charging and mileage range remain the biggest deterrents for motorists when making a decision about EV, the good news is that one year on, there is less of a concern about these matters. The number of people concerned about limited mileage fell from 61% in 2017 to 45% in 2018. The only EV concern to grow year on year was ‘safety concerns regarding the battery’, but this remains one of the smallest deterrents for would-be owners.

The news from government that it plans to implement, as soon as possible, a requirement for a charge point infrastructure in new dwellings in England will be well received by motorists. 38% of those surveyed said that the practicalities of being able to charge their vehicle at home was an ownership hurdle.

Although overall more people feel they have a better understanding of the EV ownership experience, concerns relating to the cost implications of owning one, including, servicing, repairs and insurance remain at the same level as those reported in 2017."

“The UK government’s plans to increase the number of zero and ultra low emissions vehicles on the roads, along with its pledge to ban the sale of cars and light duty vans with internal combustion engines by 2040, are bold, but must be supported by the industry and the general public equally.

“Clearly more needs to be done to make information relating to the ownership costs of an EV more readily available. This was an overriding conclusion of the survey we conducted last year, so it’s disappointing to learn that it still needs addressing. Fleet managers, car retailers, manufacturers and insurers all have a part to play in achieving this. Only one in 10 company car drivers said they lacked clarity in terms of EV as a company car option, suggesting that a clear communication strategy in terms of the benefits of an EV for an employee, is making headway in promoting knowledgeable ownership.”

“The coming decades are going to be transformative for our motor industry, our national infrastructure, and the way we travel. We expect to see more change in the transport sector over the next 10 years than we have in the previous century.” Change there may be, but will UK motorists be ready or willing to embrace it quite so soon?