Electric car owners in UK are charged up to 60% more for insurance than in the case of comparable conventional gasoline cars.

According to the consumer website HonestJohn.co.uk, dearer insurance could be one of the causes that all-electric car sales in the UK decreased by over 3% during the first half of this year.

The advice is to add one more incentives in form of abolition of Insurance Premium Tax on pure electric cars.

"HonestJohn.co.uk is calling on the government to scrap Insurance Premium Tax (IPT) for electric vehicles after it emerged that some EVs cost as much as 60% more than their petrol-powered equivalents to insure."

"High list prices, range anxiety and limited access to charging points have all been routinely blamed but the issue of highly charged insurance premiums has been quietly ignored."

Why are BEVs more expensive to insure? Well, it must have something to do with the higher upfront price and loftier repair costs. 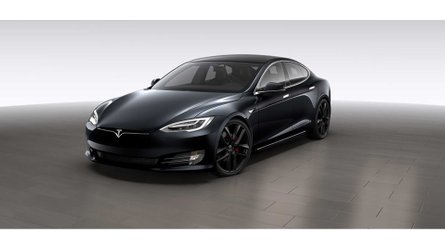 Tesla Model S Tops List Of Most Expensive To Insure

“If the government is serious about getting more people into genuine zero-emission electric vehicles, rather than plug-in hybrids, then there needs to be decisive action. And the government itself holds the key. At present, it takes 12% off every motor insurance premium in IPT. If it removed IPT from pure electric vehicles, then premiums would instantly drop and this would improve the incentive for buyers to swap their diesel or petrol for pure electric.”

We are not sure whether there should be a new incentive as there is a general Plug-In Car Grant already available (lowered from full £5,000 to £4,500 some time ago).

"HonestJohn.co.uk‘s analysis of the insurance market revealed that pure electric cars carry a hefty premium when it comes to comprehensive cover, with some models up to 60 per cent more expensive to insure than their petrol or diesel counterparts.

To make matters worse, it is young professionals - the target buyers for most EVs - being hardest hit, with some insurers demanding more than £1,800 for 12 months’ cover.

“While on the one hand electric vehicles tend to be smaller and less powerful, they also need specialist parts and skills to repair so may cost more to insure in some cases,” said a spokesperson for the Association of British Insurers. “But drivers can expect pressure on insurance premiums to reduce as the technology becomes more widespread”

After receiving complaints from HonestJohn.co.uk readers about the unaffordable cost of insurance for electric cars, the website analysed the market to see what a typical driver can expect to pay for comprehensive 12 month policy.

A test quote on similar models and car manufacturers from Confused.com found a female driver aged between 30 and 55 who had no motoring convictions showed that a petrol car with a comprehensive motor insurance policy was £567. Meanwhile it was £607 for a diesel car and £751 for an electric vehicle. Running the same quote for a male aged under 25 revealed that the average annual insurance policy would cost £1484 for a petrol car, £1592 for a diesel and a whopping £1854 for an electric vehicle.

Delve into the numbers at GoCompare for a professional in their 30s and the costs for insurance drop, but the price disparity grows. For example, a 35-year-old accountant living in a city with five years’ no claims can expect to pay £247 when it comes to insuring a 2015 Renault Clio petrol. A similar fully comprehensive quote for the same firm’s electric Zoe is £395 – 60 per cent higher than the Clio, despite the fact that both are similar priced and equipped.

“Until people actually live with electric cars, there’s a perception that owning one comes with a compromise,” added Dan Powell. “Many of these compromises have already been addressed – EVs have a good range, are quickly and easily charged and are getting cheaper to buy, but the government and insurance industries are doing the future of electromobility no favours at all, and this is something that requires immediate change.”

Typical Premiums for a used car*

*Based on GoCompare average quotes on a 2015 car and a 35-year old accountant, living in Bristol, with five year’s NCB. Quotes obtained July 2018."