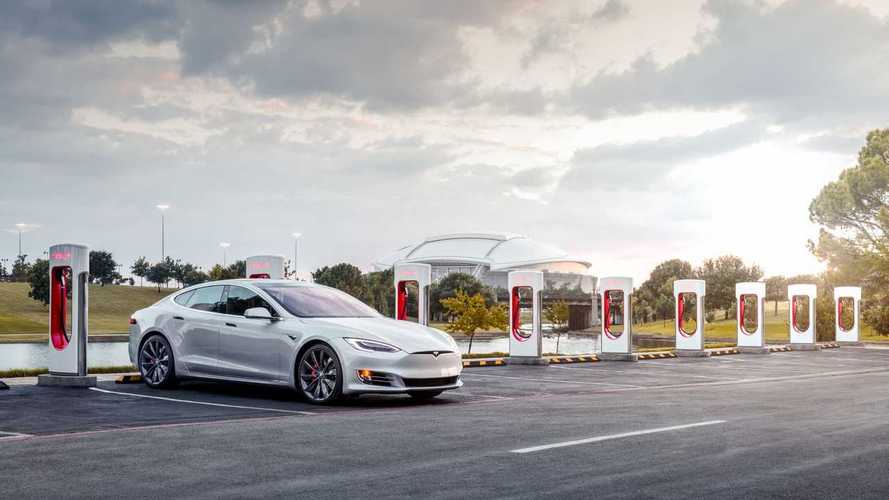 The number of individual stalls in the Tesla Supercharging network now exceeds 10,000... several months behind the schedule, but still it's the biggest such network by far in the world.

Tesla announced that 10,000 spots would be available by the end of 2017, but it did happen. The network is, however, expanding at a decent pace to handle a growing number of Teslas, especially the upcoming flood of Model 3 cars.

According to Supercharge.info, the number of stations increased in the past 12 months by over 50%, from 844 to 1,273, while the number of stalls shot up by over 76% as the stations are getting bigger (new installations and upgrades).

Musk - 1000s Of Superchargers Are In Permitting/Construction Phases

The Tesla Supercharging asset is one of the most valuable Tesla has and time will tell how much of an advantage the proprietary fast-charging network is compared to general charging networks used by other manufacturers.

The next question we seek answered is the promised power output upgrade of Superchargers, as the CCS Combo alliance is moving towards 150 kW and, in some cases, even 350 kW.