See How A Total Tesla Solar Ecosystem Gets Installed

Including three Powerwalls and vehicle chargers!

If you're excited about electric vehicles, then there's a strong chance you also like the idea of keeping them on a solar power diet. That's certainly the case for  David and Erik, the guys behind the DÆrik YouTube channel. With three vehicles bearing the Tesla badge in their garage, they wanted a huge system installed that not only included a massive solar component, but also a trio of Powerwalls for energy storage and new load-balancing high-power wall chargers (HPWC). As you can tell, they decided to go the Tesla route for the entire project. 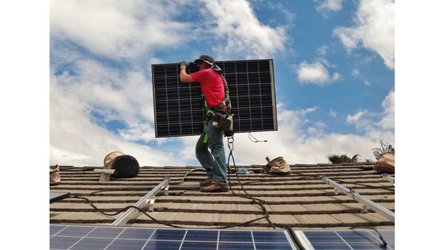 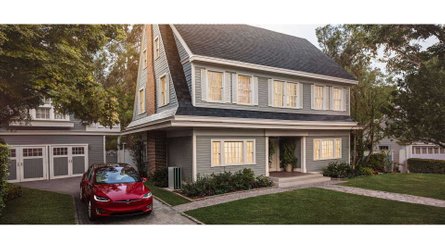 Luckily for us, they filmed the entire installation process, breaking it up into a number of episodes. We've put the fourth in the series up at the top of the page since it gets right into the mounting system of the panels, which we think will be of interest to many folks. The rest, though, pick up below and follow sequentially.

Now, we mentioned that the system they installed was pretty big, so let's take a look at those numbers. They decided to go with 350-watt panels which are produced by Panasonic and assembled by Tesla in its Buffalo, New York factory. Altogether they installed 51 of these, making the entire system capable of creating a maximum of 16.58 kW. That's pretty impressive!

That power is then fed into three separate inverters, before going inside to the Power walls. One interesting note, the red energy storage cabinets are "Founders series" units, and two of them are emblazoned with the signatures of CEO Elon Musk, CTO JB Straubel, and design head Franz von Holzhausen. A nice, personal touch. Also interesting is the load balancing aspect of the HPWC components. As they document in the final video, the system automatically adjusts the outflow of power so that each plugged-in vehicle receives electrons at the same rate.

Overall, it's a pretty great project and an informative watch. If you like the technical details in the featured video, b sure and check out the second below in particular, as it features lots of close-up looks at how the system is moored to the roof. Enjoy!

Source: YouTube
By: Domenick Yoney
++
Got a tip for us? Email: tips@insideevs.com