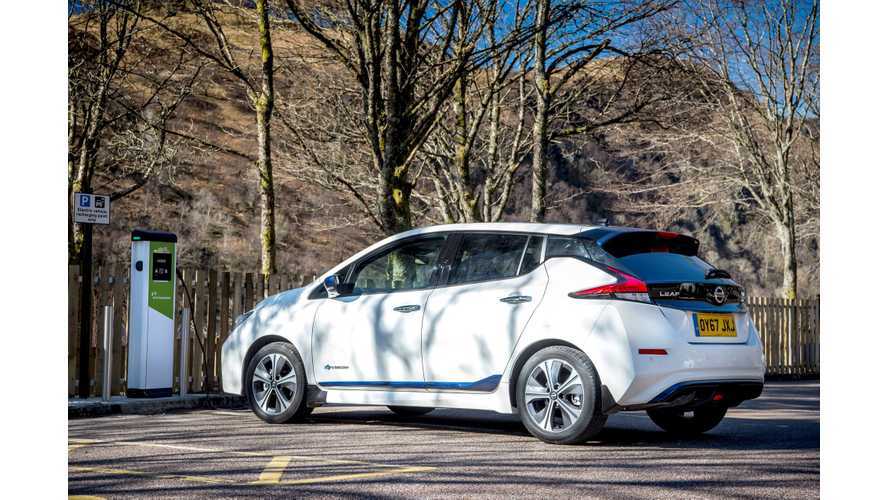 It didn't take long after the second-generation Nissan LEAF entered the European market in February for it to take the lead among all-electric cars in Europe. It just knocked the Renault ZOE from its pedestal.

According to EagleAID, Nissan LEAF sales in Western Europe amounted to 11,441 in the first four months of 2018 (up 48% year-over-year) and that was enough for it to overtake the Renault ZOE.

5,790 delivered in March (Western Europe) and another 3,309 in April. The LEAF is of course the best-selling plug-in model in all of Europe as the Western part represents almost all sales.

The third best selling model is the BMW i3, which so far this year increased sales by 7.7%.

Quickest growth rate, however, belongs to the Volkswagen e-Golf (supply constrained) and look, there is the Opel Ampera-e in the top 10: