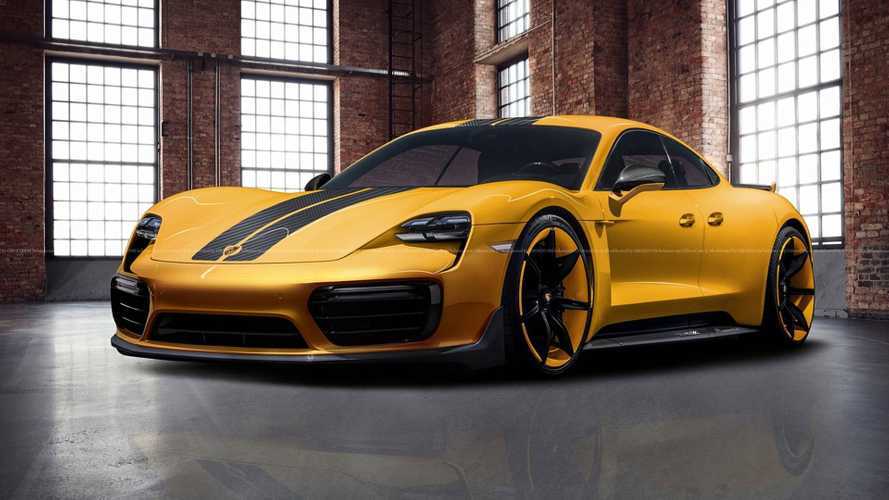 Difficult challenges lie ahead for the production facility staff at Zuffenhausen

Porsche is entering the fully electric vehicle scene with a bang. The Porsche Taycan - their first all-electric vehicle - is slated to feature all of the high-performance traits known by this legacy car maker. The vehicle comes listed with a 0-60mph (0-97km/h) time of just 3.5 seconds, a top speed of 155mph (250km/h) and it will feature a range of 310 miles (500 kilometers) per charge. It's basically an electric Porsche that we've all been waiting for. While the vehicle is slated to be revealed next year, Porsche's already revealed an increasing interest in this all-new electric vehicle.

The Taycan sits fully on Porsche's new vehicle architecture known as J1 and features some impressive tech. According to the Stuttgart based carmaker, the Taycan is set to have 800V charging, allowing it to reach an 80% battery state in just 15 minutes. While the interior layout suggests a four-seating layout, we're more keen on believing it will be slightly larger than a 911, but pretty much smaller than a Panamera.

Earlier this month, Porsche Managing Director Alexander Pollich revealed that the upcoming vehicle has so far been receiving great reception throughout the automotive world. Porsche aims to start producing the Taycan at their Zuffenhausen plant someplace during next year. The historic site encompasses several production facilities (where the Porsche 911, Boxster, and Cayman are made), the Porsche Musem and several other administration facilities.

Porsche's goal is to produce 20,000 Taycans every year at their Zuffenhausen production site. But, starting and ramping up production for an all-electric sedan will require some compound changes at their Zuffenhausen facility. After all, the rather burdened production lines where the 911, 718 Boxster, and 718 Cayman are made, need to remain running at full capacity. This poses an organizational, financial and time issue for the carmaker, best described by Albrecht Reimold, Porsche's head of production, released in a statement to Dutch car magazine Vroom.

“Finding the right location is a difficult decision. Transforming the existing factory costs a lot of money, moving to a new location as well. Transforming a factory while the production lines are running at full capacity is not an easy task.”

This was further explained by the project manager David Thor Trygvason, as he reveals that the entire production line and the facility where they intend to produce the Taycan, will need to be overhauled to satisfy the particular requirements set forth by this new vehicle. Even if we push all of these problems aside, Porsche set the estimated timeline for the project for just 48 months. In turn, this makes the project quite costly and even particularly demanding.

“The existing location has to be demolished and rebuilt in a short time, but at the same time the production of the 911 and 718 Boxster and Cayman must continue to run. That makes it not only difficult in terms of time and money, but also in terms of logistics and mobility. After all, we are in a location where there is already a factory, where other companies are nearby and where people live nearby.”

But, even pressed with such difficulties, the Porsche employees answered with zeal. Reimold reveals how the Porsche employees conveyed a clear-cut message and commitment to begin the production of the all-electric Porsche Taycan on time, and as early as possible. They've even opted to keep their salaries flat until 2026, in order to help finance the factory. This means that no regular salary increases will be seen by Porsche workers over the next few years, but they will get to see a return of their investments later on. Overall, this just goes to show you how much trust their employees have with the company.

“We have agreed with them to invest a part of their wage increase until 2025 in the construction of the new factory. From 2026, they will simply receive their investment back,” Reimold said.

In the end, the Taycan will certainly shape up the future for Porsche. After all, the Stuttgart based carmaker even dubbed the Taycan as one of the company’s most important vehicles after the iconic 911. In turn, sacrifices will have to be made. It's going to be a struggle until the production ramps up. The same struggle experienced by Tesla, when they set up their Model 3 production lines alongside those of the Model S and Model X.

For Porsche, however, this "production hell" - as Musk dubbed it - might be even worse, thanks to a mixture of ICE (Internal Combustion Engine) and electric vehicles, all featuring a magnitude of models, versions, and trims. But Porsche does well under pressure and we're confident that when all is set and done, the Taycan will be coming out of the Zuffenhausen production plants in the same steady stream of cars, just like the 911, the Boxster and the Cayman do these days.