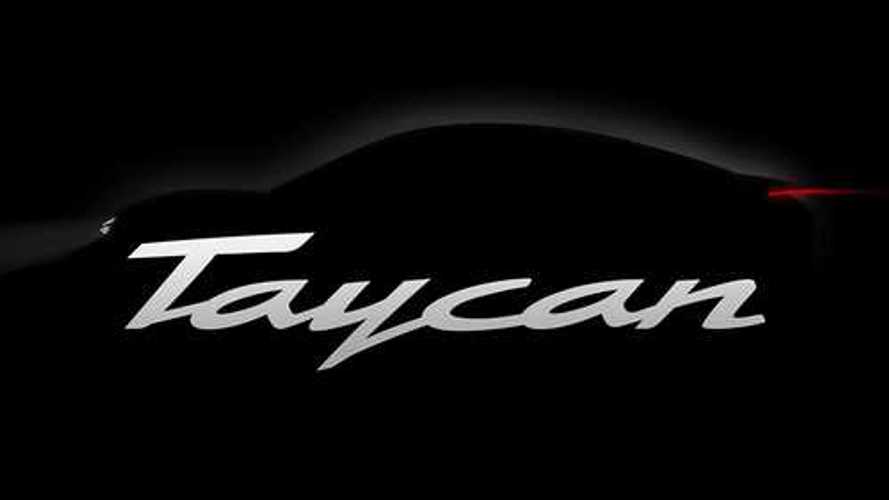 From design to performance, here are all the juicy details surrounding Porsche's first-ever electric sedan.

Porsche is on a mission; that mission is to bring to market an electric vehicle that is both better looking and more advanced than some of its closest competitors, particularly Tesla. For the first time in the German automaker's long and storied history, which dates back more than 86 years, Porsche will offer an electric vehicle building on the bones of the Mission E concept dubbed... the Taycan. Questionable name aside, it promises to be a pretty big deal.

Previewed initially at the 2015 Frankfurt Motor Show, Porsche is finally putting the finishing touches on the production version more than two years later. Spy photos have given us our best look yet at the upcoming EV – most recently putting its performance credentials to the test on the Nurburgring – and in preparation, Porsche has invested more money and even more manpower into its facilities.

Admittedly, we're still more than a year away from an official debut, but until then, here's everything you need to know about the upcoming Porsche Taycan.

What Will It Be Called?

Though it may have been marketed as the Mission E initially, Porsche has now confirmed that its road-going EV will be dubbed the Taycan. The moniker means a "lively, young horse," according to Porsche Boss Oliver Blume, and falls in line with other obscure nameplates before it, like the Macan and Cayenne.

The Porsche Taycan will be the first fully electric vehicle in the German automaker’s lineup, and represents a huge technological step forward for the storied sports car maker. The concept, which made its initial debut in 2015, was highlighted by a simplistic, modern design, with unique elements like the headlights and grille (or lack thereof) making up most of the defining features.

Those same modern design elements and advanced features should make their way to the production version when it debuts. Don’t expect an exact copy of the concept, though, as spy photos have proposed a vehicle more in line with the current Porsche lineup, drawing similarities to cars like the 718 Cayman and the Panamera, specifically.

We're not exactly sure what the production version of the Taycan will look like, but our rendering artists have pieced together an early look at the proposed production model nonetheless. Using spy photos and the original concept as its base, the rendering previews a vehicle that draws obvious cues from the 2015 concept, as well as a few elements from the rest of the lineup.

The front fascia will be highlighted by a long, sloping hood similar to the Panamera, with a small vent located between the front splitter and the license plate frame, similar to the original concept. Something similar to the quad LED headlight design is expected to carry over, as we’ve seen on other Porsche vehicles like the new Cayenne SUV, with the possibility for accenting vertical vents at each corner.

Many of the same design elements on the rear of the vehicle should carry over from the Mission E concept, as well as the futuristic-looking, luxurious cabin.

What’s Under The Hood?

Given that the Taycan will be Porsche's first true EV, it will come with a powertrain nearly identical to the one we saw on the original concept in 2015.

The Taycan will produce 600 horsepower (447 kilowatts), and have the ability to accelerate to 60 miles per hour (96 kilometers per hour) in well under 3.5 seconds, and to 124 miles per hour (200 km/h) on the track in less than twelve seconds. All that performance should make the Taycan a pretty potent machine, especially on the Nürburgring where it has been spotted testing multiple times.

An ultra-fast 800-volt charger would be capable of recharging the floor-mounted battery pack to 80 percent in just 15 minutes. Porsche also announced an in-floor wireless induction charging system, which is rumored to make its debut just a few months after the production model of the Taycan is shown.

How Much Will It Cost?

Porsche has already made it perfectly clear that Taycan will be "priced like an entry-level Panamera," which should be somewhere around $85,000. The electric sedan will be positioned between the Panamera and the 911 within the Porsche portfolio, and will compete directly with cars like the Tesla Model S, which starts at $69,500.

But it should be worth it. Advanced powertrain and elegant exterior design aside, the cabin promises to be one of the most modern and technologically advanced examples yet. The original concept previewed features like spaceship-inspired seats, a fully digital instrument cluster, and an offering of luxurious materials throughout.

Where Will It Be Built?

The Taycan will be built at Porsche’s Stuttgart manufacturing facility. In preparation, the automaker will hire more than 1,400 people in Germany to assist in the development of the new vehicle. A portion of those 1,400 employees will include more than 100 IT specialists, production planners, and additional apprentices. Porsche is also investing €700 million (approximately $825 million) into its Weissach development center (pictured here) where the Taycan will see most of its engineering.

When Will We See It?

Rumor has it that the Porsche Taycan will make its production debut sometime in 2019 as a 2020 model before going on sale later in the same year. The 2019 Frankfurt Motor Show seems like an ideal location for the German marque to debut its new sedan, but don’t discount Geneva in March, or even Los Angeles later in the year.

Gallery: Porsche Taycan - Everything We Know