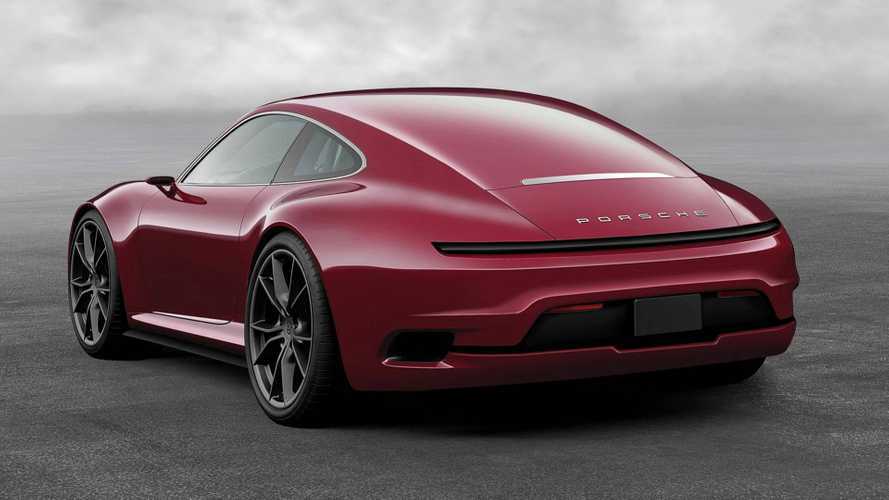 It's the electric 911 you never knew you wanted.

While we patiently await the arrival of the Mission E, Porsche's first electric production vehicle, talks of an electrified 911 continue to build. Reports suggest we could see the plug-in Porsche as early as 2022, but the potential for an electric version remains. Until then, we'll have to make do with concepts; one artist has imagined that battery-powered 911 of his dreams.

Dejan Hristov has created what he calls the 911 Mission E; basically a 911 with Mission E-inspired cues. By all accounts, the concept looks beautiful. Though on the surface it preserves most of its signature 911 styling cues, a number of unique features help it stand out from the gas-powered range.

For one, the headlights are unique; the standard casings disappear in place of a sleek outline-styled unit instead. Sheet metal supersedes the grille, similar to what we've seen on modern Tesla products. Considering that this 911 would be purely battery powered, it wouldn't necessitate any extra airflow to the engine.

The side profile keeps in line with the standard 911, but out back there are some unique new cues to point out. The taillights are now embedded into the rear body panelling. The dual fixtures on the gas-powered model are absent in place of a barely noticeable light bar that extends from one side to the other. The concept also ditches its trunklid in place of sleeker styling.

Its designer doesn't provide any info about a potential powertrain, but rumors of an electric 911 are nothing new. With plug-in hybrids variants of the 911 expected to arrive sometime in 2022, a full EV should exist shortly thereafter. Let's hope that if Porsche decides to build an electric 911, it will look half as good as this.