CAN TESLA PULL OFF A 30% PROFIT MARGIN WITH ITS MODEL 3?

Okay, Model 3 is a great car (even the marauding army of anti-Tesla trolls isn’t trying to deny that). But is it profitable? The answer to that question is obviously of existential importance to Tesla, but it’s also critical information for competing automakers and has important implications for the future of electric vehicles in general. 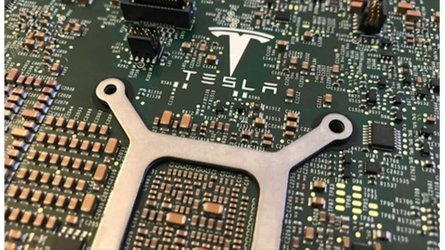 Check Out A Detailed Analysis Of That Tesla Model 3 Teardown

We know how much Tesla receives for each Model 3 it sells, but what it costs to make each unit is of course top secret. The only way to get a reasonably accurate estimate of those costs is to take the vehicle apart and study it piece by piece. With so much riding on the question of Tesla’s Model 3 production costs, two separate groups of interested parties have performed teardowns, and the results are very interesting indeed.

Earlier this year, a group commissioned by German automakers dismantled several Model 3s and estimated that Tesla’s costs per vehicle should be about $28,000, leaving room for a healthy profit margin (Elon Musk seemed to concur, calling the report “the best analysis to date”).

Above: Sandy Munro presents some surprising observations after tearing down the Tesla Model 3 (Youtube: Autoline Network)

Around the same time, teardown specialist Munro & Associates took apart a pair of Model 3s. While Sandy Munro offered some serious criticism of the new EV’s build quality, he raved about its electronics and battery technology. Now that Munro has had time to complete his analysis of Model 3, he estimates that Tesla should be able to earn at least a 30% margin on the Long Range RWD version.

“I didn’t think it was gonna happen this way, but the Model 3 is profitable,” Munro said, admitting that some crow was being eaten at his shop. “Over 30%. No electric car is getting 30% net, nobody.”

Above: Munro came away impressed with the Model 3 (Image: The Street)

Munro credits Tesla’s in-house development of components, and the functionality provided by Model 3’s all-encompassing touchscreen, for the EV’s surprisingly low cost of production. “That’s the magic of using components that are already on the car. You make them work double or triple duty,” he said.