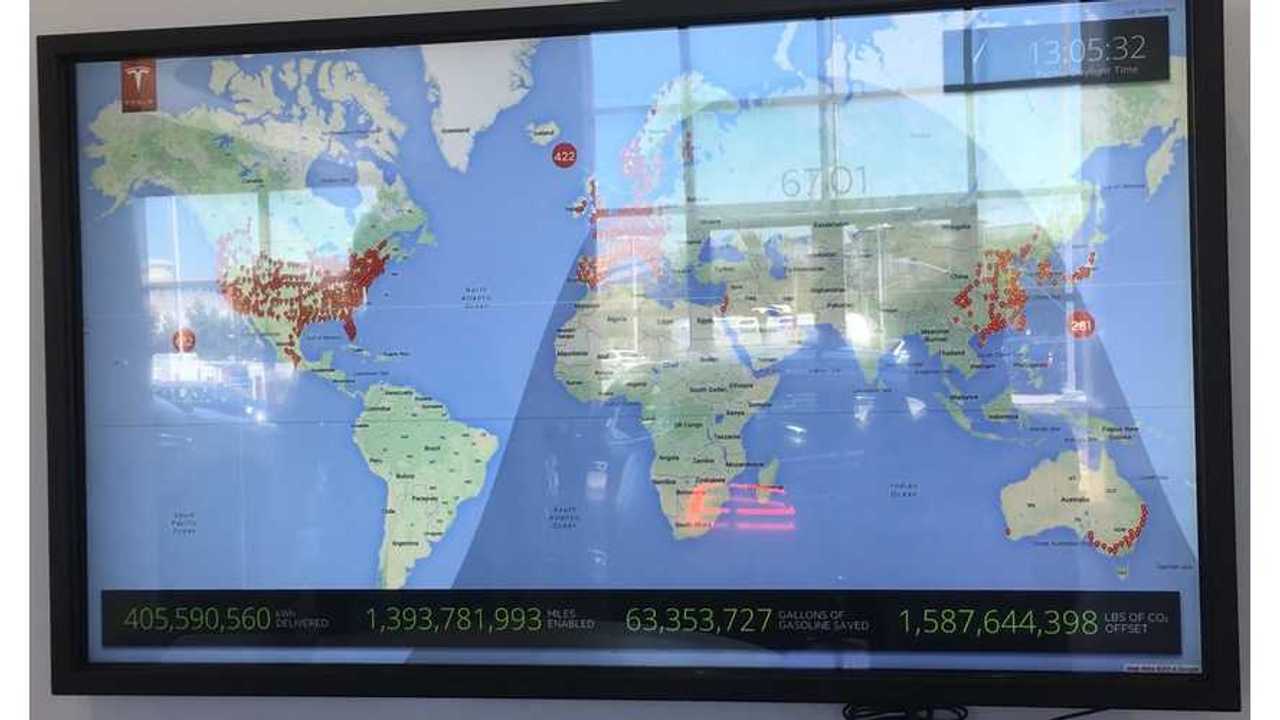 The total amount of energy dispensed by Tesla Superchargers since 2012 recently exceed 400 GWh, which could provide juice for nearly 1.4 billion miles (2.25 billion km).

The info about network usage comes from the dashboard at the Tesla HQ. The counter showed 405.6 GWh and the pace of increase suggests that power output exceeded 55 MW when recorded.

Most of the electricity supplied by the Tesla's proprietary network was free to Tesla customers (only a minority of the newest Model S/X and all Model 3 drivers are required to pay for electricity).

Tesla supercharger network is delivering about 55 000 000 Watts of energy. from r/teslamotors