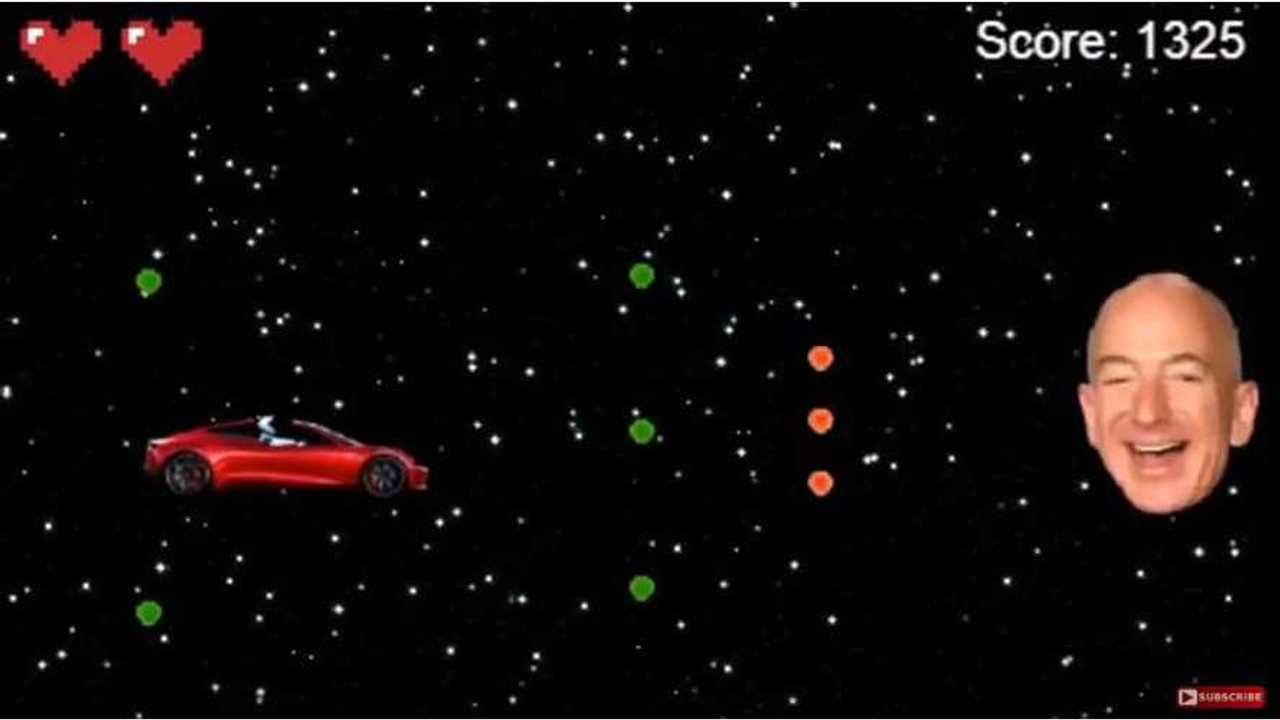 Yes, you can actually play this game right now and beat it in about three minutes!

Ryan Taylor from Autowise.com passed this new project along and we couldn't help but share it. This old-school, side-scrolling Tesla space shooter game includes three stages: Earth, Moon, and Mars. You get to play as Elon Musk's Tesla Starman (the dummy piloting Musk's Tesla Roadster that's now in orbit in outer space) and beat a different enemy in each stage.

To keep you even more entertained while you play, an 8-bit version of David Bowie's Starman is used as the soundtrack. The best part is that the final boss is Jeff Bezos. Who better than the founder and owner of SpaceX rival Blue Origin?

We'd hate to convince you to cheat, but just in case you're not a gamer, you don't have the time or desire, or you simply can't beat it, we've included the YouTube video playthrough at the bottom of the article. Keep in mind that you'll have to play it on a desktop or laptop since you need the arrow keys. Sadly, it won't work on your phone.

We thought this was definitely pretty cool, and even though it's a short, simple 8-bit game, programming something like this is still a ton of work. Kudos to the guys at Autowise for the sweet share!