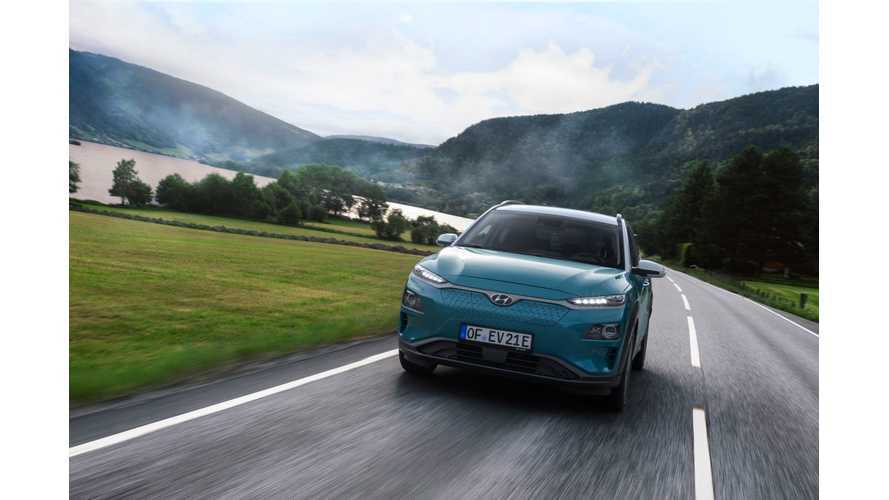 The Hyundai Kona Electric is probably the most highly anticipated all-electric crossover scheduled to land on our shores this year with a price tag within reach of the new-car-buying masses. Ahead of its arrival in the UK, a number of publications have traveled to Norway to give it a bit of a go, and we have to say we are pleasantly surprised by some of the just-published reviews. Especially the one from Top Gear.

You see, time was, the publication wasn't especially electric vehicle friendly. Its associated television show, then anchored by Jeremy Clarkson, had produced some damning chapters involving the original Tesla Roadster and Nissan LEAF. But, speaking of leafs, the brand seems to have turned over a new one with the departure of Clarkson and company, and so now its Kona Electric review certainly lacks some of the pro-petrol-power bias. But enough history, let's look at what they have to say.

Right out of the gate it seems they rather like it, calling it usable and useful. That might not sound like the ultimate compliment, but since it seems to match up with Hyundai's intentions, it's certainly an acceptable accolade. Of course what makes it so "usable and useful" is the 250-mile range afforded by the 64 kWh battery of their tester (it's actually rated for 292 miles under the WLTP cycle used in Europe). After scooting about Oslo for over 200 miles, the instrument cluster informed them they still had an additional 125 miles of range left. This bodes well indeed.

Moving on to charging, something that has been seen as a real hassle in the past, the publication puts aside concerns. It points out that few will never run the full distance it's capable of, though if it did, charging stations have proliferated to the extent that there is little worry of finding one which will give you 80 percent charge in under an hour.

Taking on another old talking point it gets to its performance, noting the 7.2-second 0-to-62 (100 kph) time is equal to that of the Toyota GT86. Not crazy fast compared to some electric vehicles, but hardly a slouch by any means. It does point out that its steering lacks the precision of a properly sorted sports car, but also admits this is not really a deal breaker when it comes to family vehicles.

The wrap up reverts back a bit to the old way of thinking, but still makes a salient point. To the mind of the reviewer, this usable electric crossover might actually save "interesting" petrol-powered vehicles by taking over workaday duties, while leaving weekends and holidays open for their original loves.