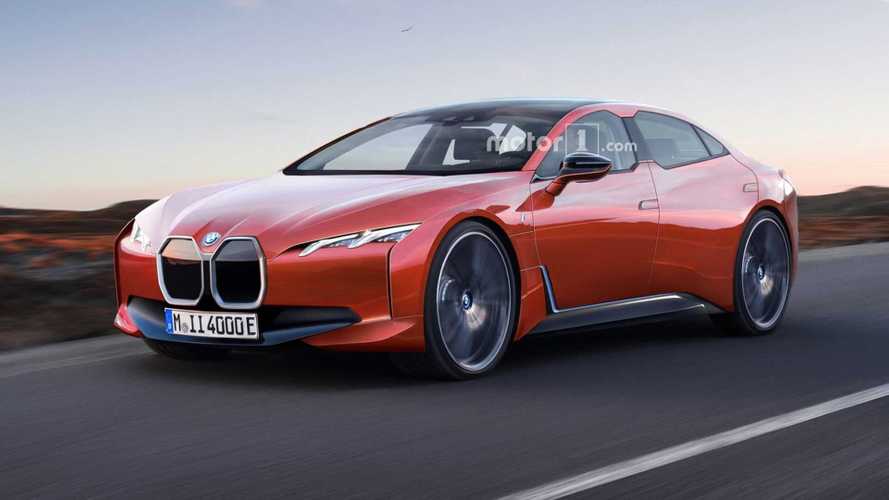 The next-generation of BMW’s EVs could start with the mass-market i4.

The BMW i3 hatchback and handsome i8 sports car will soon be joined by a third vehicle in the growing "i" range. Previewed by the i Vision Dynamics Concept, which had a range of 373 miles (600 kilometers), the i4 promises to be the first mass-market, mainstream EV from the Bavarian brand. Though we don’t know exactly what the final product will resemble, this new rendering gives us an idea of what to expect.

More On The i4

BMW Confirms i Vision Dynamics Will Become 373-Mile Electric i4

This is what the BMW i4 could look like if (or when) it finally reaches production. Most of the same styling cues from the i Vision Dynamics Concept carry over, admittedly, but it’s a far more realized, and more production-ready vehicle than its concept counterpart.

For one, the front fascia has been revamped; the kidney grille now gets a more iconic look, opposed to the dramatic styling on the concept. The headlights, too, have been slightly reworked, with larger housings located underneath the dramatic LED accents. The rest of the body remains familiar to the concept, with a dramatically angled roofline, a unique four-door setup; only the wheels look more in line with the rest of the BMW range.

If and when we see the new i4 in the sheet metal – reports suggest we may have to wait until at least 2020 – BMW promises its range will be much improved over the current generation of i cars. A whopping 435 miles (700 kilometers) on a single charge could be a real possibility, says BMW, and the vehicle would be much more "cost-competitive," too.

Until then, BMW buyers will have to make do with the current range of i vehicles, the i3 and i8. Both cars recently underwent refreshes, with the i3 gaining a sporty "S" trim level with upwards of 184 horsepower (137 kilowatts) and 199 pound-feet (269 Newton-meters), and the i8 dropping its top with the Roadster trim.