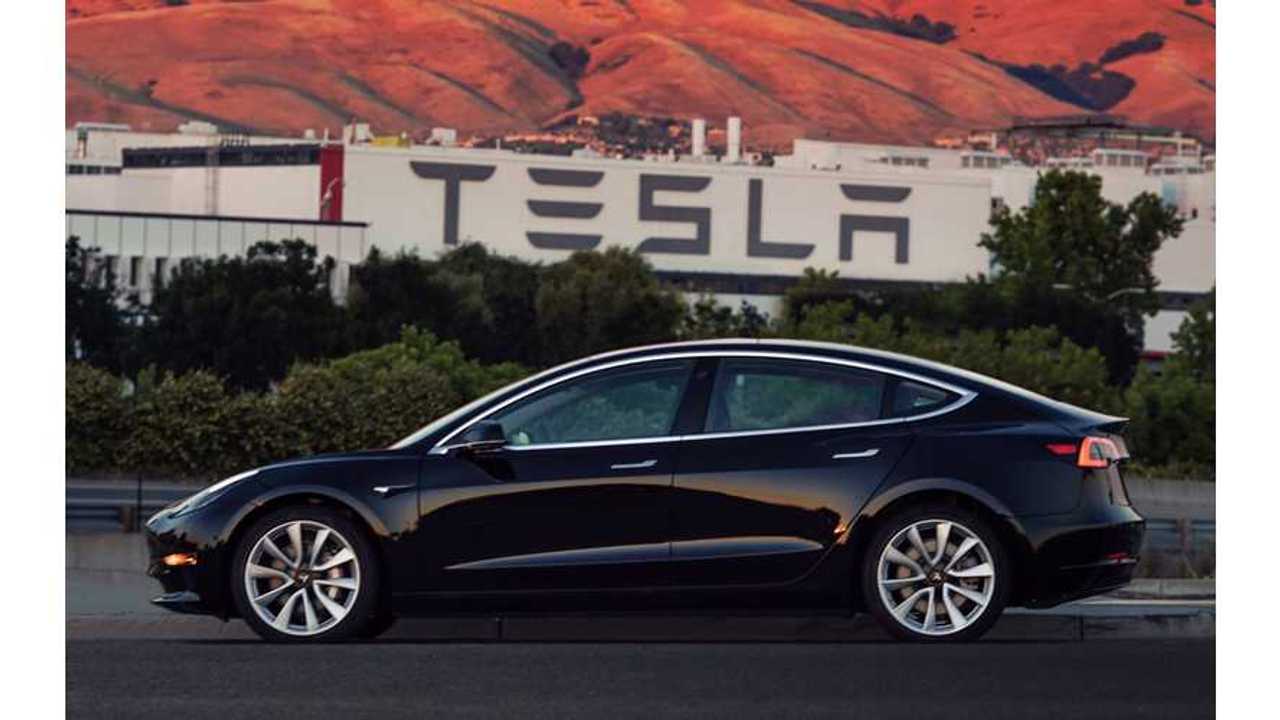 FIGHTING BACK AGAINST THE TESLA HATERS

In 2008, Tesla sued the English TV show Top Gear after a snarky negative review of the Roadster, leading to an OJ-style legal circus. In 2012, the New York Times published an account of a road trip gone wrong that was meant to be an anti-Tesla hit job: after the company released the vehicle logs, fans spread the story worldwide, and it became a major media coup for Tesla. (Read about the early ups and downs of the company in my book, Tesla: How Elon Musk and Company Made Electric Cars Cool, and Remade the Automotive and Energy Industries.)

As Tesla has grown, so has the network of naysayers. Seeking Alpha has become a bete noir for Teslophiles, hosting an endless stream of posts (sometimes several in one day) by amateur stock pundits predicting the company’s imminent bankruptcy. The major media follows the current of the clickstream - the national newspapers treated Tesla as a quaint fad during the early years, then spun 180 degrees to become cheerleaders after the company reported a profit in 2013. More recently, as Model 3 production delays continue, the tide has turned back the other way, and anti-Tesla headlines seem to have become a surefire formula to harvest those coveted clicks.

Those whose knowledge of Tesla comes only from the mainstream media tend to have all kinds of misconceptions about the company: it’s already bankrupt; it loses money on every car it sells; it’s a sweatshop where workers are treated terribly; its cars constantly catch fire; Autopilot kills people; management is fleeing like rats from the proverbial ship; Musk is a misogynist/anti-Semite/Trump supporter; EVs are an environmental disaster and depend on child labor in African cobalt mines.

Every action has a reaction, and there’s no shortage of online sources that debunk, deflate, deconstruct and utterly discredit the masses of misinformation. One recent refutation comes courtesy of the Daily Kos. Some may find this article’s tone of breathless indignation a bit much, but it does contain some handy talking points you can use to educate your less enlightened acquaintances.

Who’s behind the tidal wave of Teslaphobic tommyrot? In fact, the electric, renewable future has several different sets of enemies, to say nothing of the legions of online click-chasers just looking for a good story.

Above: Jonathan Duran's tongue-in-cheek video on how to fight back against Tesla haters (Youtube: TalkTesla)

As the Daily Kos and RenewEconomy (among others) point out, one major source of the FUD (Fear, Uncertainty, and Doubt) is short sellers - stock traders who are betting that TSLA stock will go down. Tesla is the most shorted stock in the US market - the outstanding short interest is currently around $10.7 billion. Short selling is always risky, but it becomes downright dangerous when this many shorts crowd into the game. When a heavily shorted stock goes up substantially, it can create a short squeeze, a situation in which the shorts can’t borrow enough stock to cover their losses. This creates a vicious cycle (for the shorts), turbocharging the stock’s rise and ripping the proverbial shirts from the backs of the shorts.

TSLA has gone through several short squeezes in the past, but there’s never been this much money on the table. Case in point — following Tesla's shareholder meeting, short sellers betting against Tesla lost more than $1 billion in a single day. And Elon Musk recently warned that a “short burn of the century” is coming. Of course, he would say that, but if he’s right, the shorts could see over $10 billion vaporized overnight, so it’s not hard to understand their motivation to spread unflattering news, rumors and (No!) maybe even outright falsehoods.

Who, exactly, are the shorts betting against? Strangely, some folks still imagine that this $52-billion company is owned by starry-eyed, kale-munching hippies on a mission to Save The Planet. In fact, about three-quarters of Tesla’s stock is held by major institutional investors such as T. Rowe Price (which owns about 9% of the company), Fidelity (8%) and the huge Chinese conglomerate Tencent Holdings (5%). As the Kos puts it, “The shorts aren’t betting against ignorant hippies... They’re betting against ruthless Wall Street bean counters.”

A common myth, often repeated by news outlets that certainly know better, is that Tesla loses money on every car it sells. Simple common sense indicates that this can’t be true - if it were, the company have gone bankrupt long ago. The purveyors of this poppycock assume that their readers are totally ignorant of accounting. Yes, Tesla has been losing substantial amounts of money every quarter, but this is because it has been investing huge sums in factories, stores and Superchargers (capital expenditures, or capex). The amount Tesla earns on each car sold (gross margin) is actually quite impressive - it’s been running about 28% on Models S and X, which is on the high end for an automaker.

Tesla hasn’t yet revealed its margin on Model 3, and estimates are all over the map. Many observers, including the writer of a recent article in Investor’s Business Daily, believe that Tesla’s current margin on the $35,000 base model is thousands of dollars in the red, and Elon Musk seemed to confirm that recently, tweeting that shipping the minimum-cost Model 3 right away, instead of prioritizing the more expensive loaded versions would “cause Tesla to lose money & die.” However, a recent teardown performed on behalf of German automakers indicated that Model 3 costs Tesla only around $28,000 per unit to produce, which would mean that the new EV already earns a positive margin, even on the base model.

Another fact ignored by the merchants of doom is that it’s quite common for young companies to brave years of losses in order to build their markets - many of today’s tech giants, including Amazon, followed this strategy.

Above: Tesla stock has crushed the S&P 500 since it went public back in 2010. TSLA has also blown away automotive giants Ford and General Motors. Meanwhile, Tesla’s climb even outpaces Amazon’s 1,277%, helping make it one of the best-performing stocks on the market during this span. (Source: Zacks)

What about that “rapid executive turnover” that the financial pages have been making so much of? When you look at the facts, it turns out that there’s not much there - according to the Kos, Tesla doesn’t have an unusually high rate of executive departures compared to other tech companies: it just has an unusually large number of people at the higher levels of seniority, a situation that the company is working to alleviate with a reorganization that will flatten the management structure somewhat. By the way, the company announced a spate of new executive hires in late May, and two more the following week.

The short sellers and the financial press aren’t the only groups that have been gunning for Tesla. The United Auto Workers union (UAW) has been attempting to unionize Tesla since 2013, and the automaker and the union have a contentious relationship, at least in the press. Some believe that the UAW is behind a campaign to publicize injuries and other alleged workplace issues at Tesla. A now-it-can-be-told story in Reveal set off a firefight of accusations, rebuttals, counter-rebuttals, etc. The article contained a couple of demonstrably false statements, including a claim that Tesla’s Fremont factory contains none of the customary yellow caution tape, because Elon Musk simply doesn’t like yellow (naturally, Elon’s supposed color preferences received much more coverage in the media than the more serious allegations made in the article).

California’s workplace safety agency Cal/OSHA has opened an investigation into the injury issue. The question of whether, and how much, the UAW influenced the negative press coverage will probably never be answered to the satisfaction of objective observers. What is not in dispute is that the UAW invested at least $422,000 in its campaign to unionize Tesla in 2017. (The Tesla factory was a UAW shop back when it was owned by NUMMI, a GM-Toyota joint venture, at which time it reportedly had a higher injury rate than the industry average.)

We don’t have the space to address all of the wild accusations being flung at Tesla and Musk these days (the Kos does, so read the whole article if you desire the full dose of indignation). In conclusion, let’s assume for the sake of argument that the croakers are correct, and the company is in financial trouble. Could it really go bust and vanish, as so many are hoping? Unlike the failed financial and internet firms of yore that Tesla is constantly being compared to, the automaker has significant physical assets - two factories, hundreds of stores and service centers, and the sprawling Supercharger network - to say nothing of one of the strongest brand names in business history. Furthermore, the reason for Tesla’s famous cash burn is that it keeps plowing its income back into new projects. If failure were imminent, the company could freeze R&D spending, drop the Tesla Semi and even Model 3 if necessary, and continue as a small but profitable automaker selling the popular Models S and X.

So, to sum up for your irritating interlocutors at those proverbially vapid cocktail parties: while Tesla will surely continue to have its spectacular ups and downs, it is absolutely not going away.