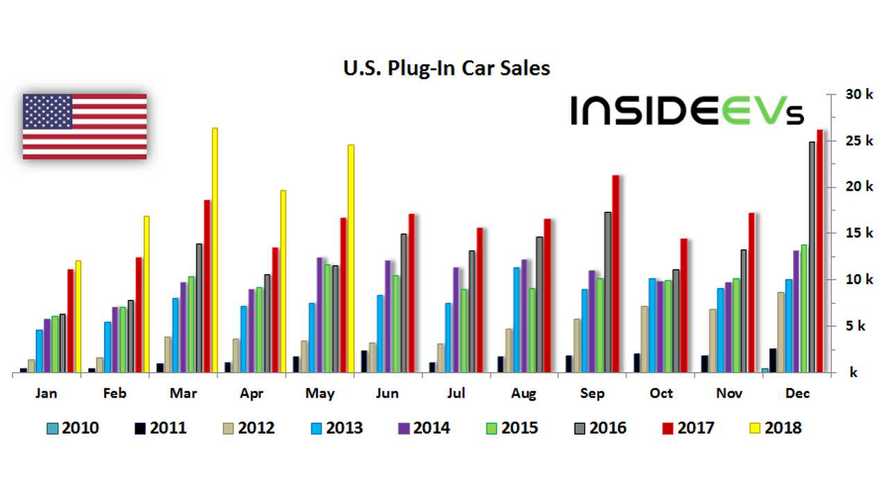 May 2018 became the fourth best month for plug-in electric car sales in the U.S. with healthy growth of 48%.

After the first five months of 2018, the Tesla Model 3 beginning to run away from the pack and only the Toyota Prius Prime was even close to keeping pace:

Chevrolet Bolt EV disappointed again in May with only 1,125 sales (28% down year-over-year), and now both the Tesla Model S and Tesla Model X are ahead of it in the YTD rank.

We're happy to see 1,576 Nissan LEAFs sold in May, but hopefully, this figure grows later this year.

A new record was set by the Honda Clarity PHEV too - 1,639. Will it surpass the Chevrolet Volt for the whole of 2018?