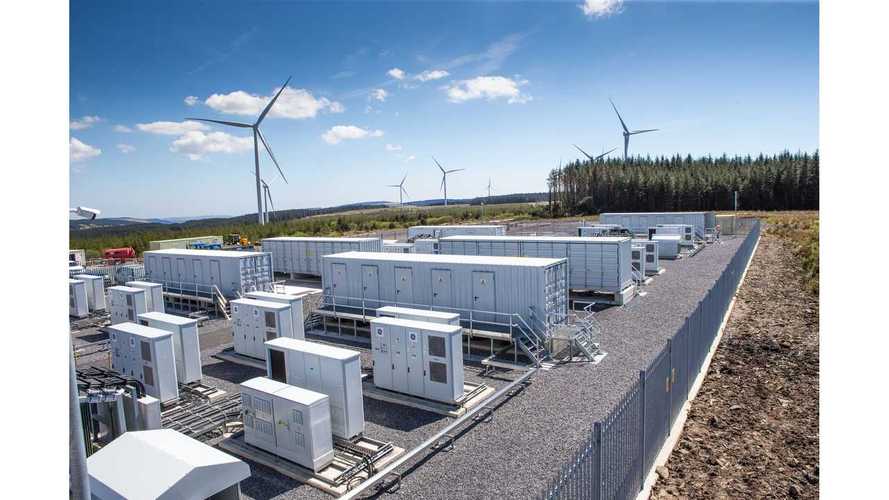 The ESS consists of 500 BMW i3 manufactured battery packs (new 33 kWh packs), so we assume 16.5 MWh of total capacity.

The entire system takes just six containers and only five of them are for batteries. As BMW supplies third-party companies with batteries, we believe this is the rare example when a carmaker has a surplus of batteries (cells are sourced from Samsung SDI).

Vattenfall Will Purchase Up To 1,000 BMW i3 Batteries For Energy Storage Projects

As in other cases, batteries will help to store renewable wind power for periods when electricity production exceeds demand so the grid will get flat plain energy supplies. It thereby helps to provide reliable service to UK National Grid.

One i3 battery module. As you can see there are twelve cells in each module, and there are eight modules in the pack.

"The battery is made up of six shipping container sized units, five of which house 500 i3 BMW manufactured battery packs. It uses new lithium-ion batteries with a capacity of 33 kilowatt hours (kWh) supplied by BMW and adapted for a stationary application."

"The 76-turbine Pen y Cymoedd onshore wind farm is capable of meeting the equivalent electricity needs of more than 13% of households in Wales every year. It also boosts delivery of Wales’s climate change ambitions, displacing in an average year more than 300,000 tonnes of CO2 from fossil fuelled generation."

“Vattenfall is on the road to a smart, digitalised future, free from fossil fuels. I can think of few other energy installations that better demonstrate what that future looks like than this battery installation.”

“This is Vattenfall’s largest battery installation to date, where we make use of synergies at our existing wind farms sites – such as at Pen y Cymoedd or the Princess Alexia Wind Farm in the Netherlands. Hybrid renewable parks will play a larger role in the future and we are leading this development.”