Watch This Tesla-Volt 818 Fly Down Quarter-Mile In 9.6 Seconds 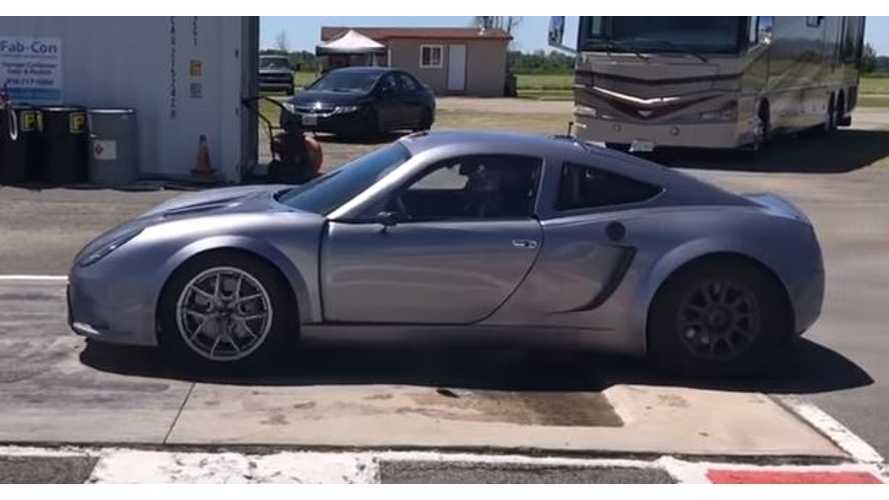 This 818 uses dual motors from a Tesla P85D, along with a Chevrolet Volt battery.

It might be a match made in heaven. Tesla motors, Chevy Volt battery, and 818 kit. Wow! If you aren't aware, the 818 is a kit sports car from Factory Five that is based on the Subaru Impreza and WRX. It's super light, displays a modern facade, and seats two passengers in a Coupe configuration.

This particular 818 is a bit outside the norm, however. We can't say that we haven't seen something similar before, but usually, these cars have WRX components or some combination of ICE powertrain. In a few instances, which we've shared here in the past, people use them for an electric configuration. Check out how this super cool marriage of top EV makers performs below.

This car has front and rear motors from a Tesla P85D and 32Kwh of Chevy Volt batteries. It has 200km of range, and is driven on the street as well as to and from the track. The motors, charger and other electric components are controlled by our T1-C controller www.ev-controls.com