Tesla power in a lightweight package!

There are many ways to achieve Zen. One could sit at the mouth of a mountaintop cave, crossed-legged with palms outstretched chanting "Ohm", but that's probably out of reach for most of us with steady jobs and no mountains nearby. So here's another way. sit back and watch this Tesla-powered Exocet kit car — an Electrocet, if you will — put in some laps in the rain at the Virginia International Raceway (VIR). 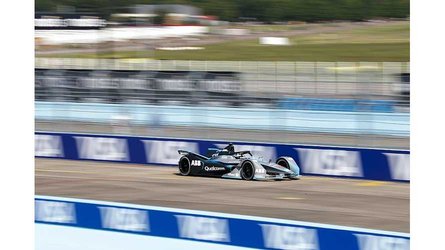 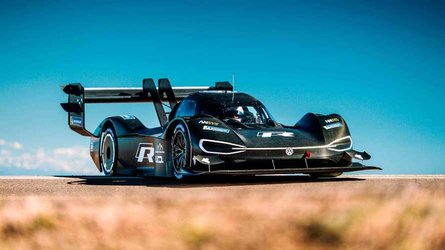 Now, this car was built by Exomotive (chassis) and Eddy Motorworks (drivetrain and controls) and is, they say, their "seventh factory-built prototype vehicle for electric powertrain development and is known internally as XP-7." It weighs in at 1,996 pounds, which some might view as heavy for this type of car.  Take into consideration, though, that it packs enough Tesla Model S battery modules, mostly packaged in the floor, to provide for 250 miles of range, then perhaps the weight is acceptable. The motor is also sourced from a salvaged Tesla and gives the car the ability to sprint from 0-to-60 miles per hour in under 3 seconds.

The Exocet frame was developed to mate up with the Mazda Miata drivetrain but is somewhat flexible. Starting at $6,999, it's also a pretty inexpensive way to get a professionally-developed start to an awesome car for the track or street. Some builders have even turned the kit into an awesome off-road beast.

In the video, the Electrocet was participating in the Ultimate Track Car Challenge during the Hyperfest event. No word on how it matched up with the competition that day, but for our money, there's no doubt it was the coolest thing in attendance.