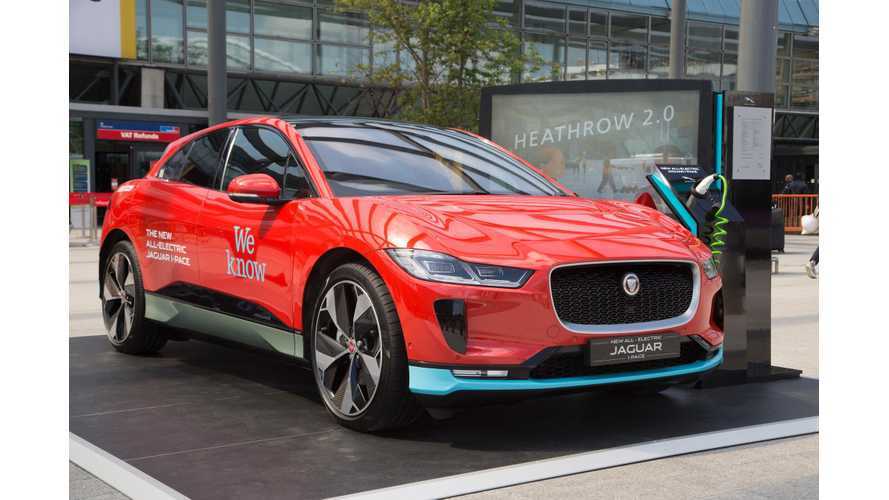 It all comes down to performance. And 2 is oh so much better than 1.

If you’re hoping for an all-electric, rear-wheel-drive Jaguar F-Type, we’re sorry to report that’s not happening. That’s not to say there won’t be an all-electric F-Type one day – or some successor. What isn’t likely is an electric vehicle from Jaguar being rear-wheel-drive only. Placing a motor (or two) on one axle poses a host of handling and efficiency problems Jaguar says aren’t worth it.

It’s not that the company can’t make such a car. Jaguar Land Rover head of vehicle development Wolfgang Zeibart told WhichCar.com.au that building a two-wheel electric I-Pace would work in theory, but fail in actual practice. “If you really want a lame duck then you can do it,” he told the publication. And it’s not like there aren’t two-wheel EVS currently on the market – just look at the Nissan Leaf, BMW i3, and early Tesla Model S sedans.

However, a single-axle EV presents some vehicle dynamic issues. A motor on the front axle is more effective during braking while a rear-mounted motor is better regarding traction and driving dynamics. And it doesn’t matter which axle the motor is on, front or rear, having just two driven wheels causes instability during hard regenerative braking. It makes the most sense to power all four wheels for a performance-oriented brand like Jaguar.

“If you accelerate, the rear motor is the better motor,” Zeibart said to the website. “If you want to recuperate, the front motor is the one. We can recuperate up to 150kW, but if you only do it on the rear axle you are limited to about 60kW. If you recover (only) from the front, any longitudinal force you apply reduces your available side force. This then makes the car unstable.”

Jaguar is being coy about its next all-electric model. However, the automaker has hinted at an EV hypercar. I-Pace engineer Dave Shaw said recently there are benefits to having independent torque at each axle. He even name-dropped Rimac and McLaren and their quest for EV hypercars. Whatever model the company decides to electrify next, just know it’ll be an all-wheel-drive machine for the best performance.