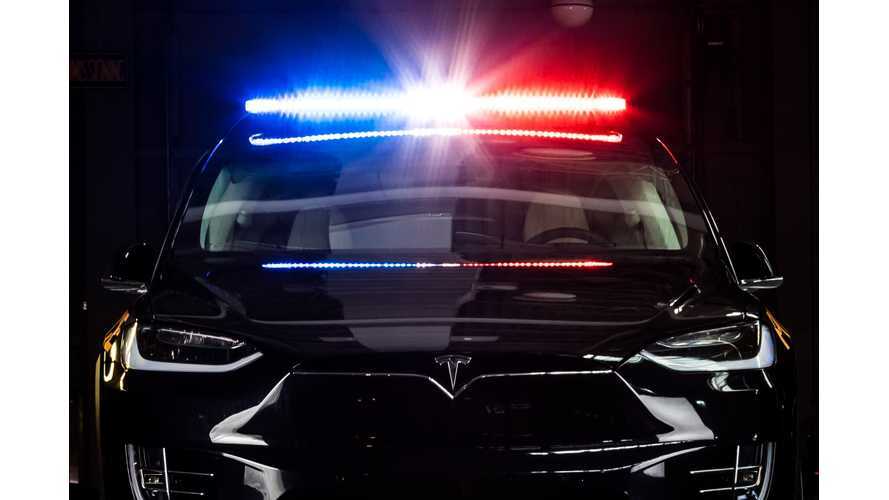 The new Teslas will cost approximately 150,000 Swiss Francs ($151,000) each, about 50,000 Francs more than the legacy diesel vehicles. In typical thrifty Swiss fashion, the Basel-Stadt Cantonal Police released a statement explaining the economic justification for the move: “The total cost of ownership is lower, despite higher initial cost compared to today’s cars. The planned replacement of the diesel vehicles with the Tesla Model X-100D brings several benefits in terms of economic efficiency, practicality and ecology. With an eye to the environmental measures outlined in the Cantonal Legislative Plan 2017-21, the Cantonal Police has considered whether a fully electric vehicle on the market is suitable as an alarm response vehicle. A thorough investigation and practical tests have shown that the Tesla X-100D meets the requirements.”

Police spokesman Martin Schütz told Telebasel that the higher purchase cost of the Teslas would be offset by significantly lower costs for operation and maintenance and a higher resale value. He noted that an alarm response vehicle needs “a sufficient payload and plenty of storage space due to the equipment of the police officers. Ideally, the vehicle also has four-wheel drive.”

“A conventional vehicle brings the police from A to B. What the Basel police are now buying is a laptop on wheels,” Purchasing Manager Theo Karafantis told BZ Basel, noting that this would help the force prepare for future challenges, such as the control of drones. “Even for a simple traffic accident, the onboard computer will make it much easier to record the data,” he continued.

The move has its detractors. In its headline, Telebasel described the Teslas as “luxury vehicles,” and snarkily suggested that “only the best is good enough” for Basel’s boys in blue. “It is incomprehensible that almost one million francs are spent for vehicles that have not yet been tested in everyday police life,” carped Felix Wehrli, a detective at the Criminal Investigation Department, asking why the department didn’t choose a cheaper vehicle from a legacy automaker such as BMW or Mercedes.