Last year we reported about Tesla's new Mega Supercharger stations, which include food, a children's play area, a lounge, restrooms, a coffee shop, and an outdoor space for families to relax, stretch out, and walk their pets. People joked about adding other features like a drive-in theater. Tesla hasn't gone that far yet. Instead, the automaker is now just beginning to offer traditional gas station amenities like window squeegees. 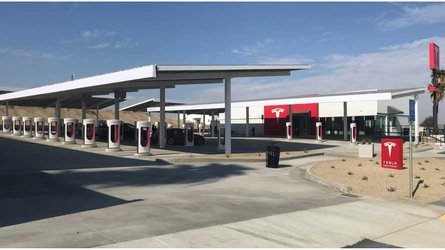 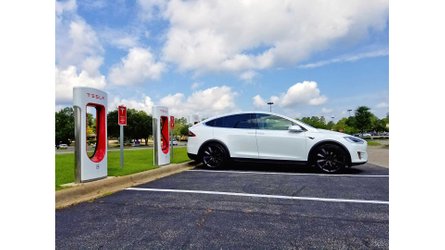 Owners have requested such features for some time. Let's face it, charging takes a while, so having these features available to occupy owners only makes sense. You might as well multitask while you wait. It would be strange for a Tesla owner to use a Supercharger station to charge their car and then have to head to a gas station to clean the windows and grab a snack.

A few owners Tweeted out photos of the new window squeegees at a various stations:

Gas stations beware, @Tesla is figuring out the basics ? pic.twitter.com/lxYgPoq9AK

Springfield MO has it figured out. They even give free coffee for @Tesla owners that are charging their car. pic.twitter.com/qndbxySBHI

One of the owners shared that the Springfield, MO station provides free coffee. According to Electrek, owners have also requested compressors to fill up their tires. Of course, this is also common at many gas stations. CEO Musk recently Tweeted that the air pumps will be added at Supercharger stations as well.