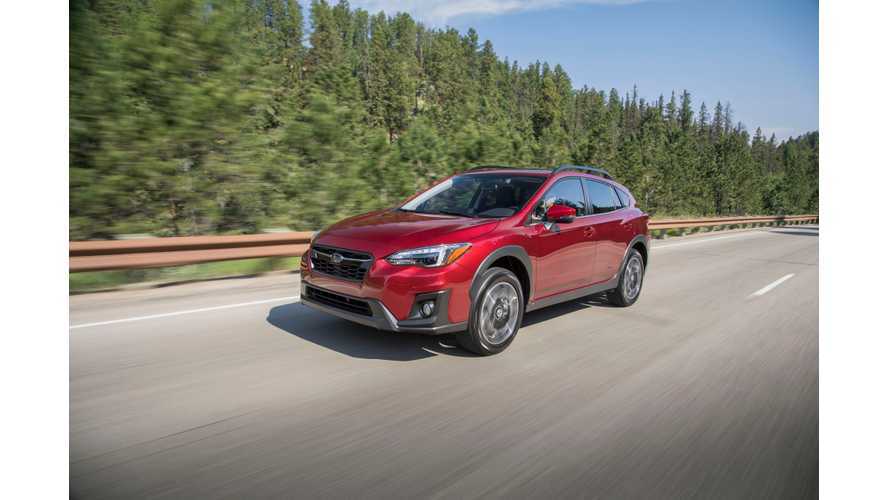 Subaru officially announced its first plug-in hybrid model - the 2019 Crosstrek Hybrid, that will enter the U.S. market near the end of 2018.

The PHEV model was already expected this year with an all-electric Subaru hinted for 2021.

Subaru named its plug-in hybrid simply Hybrid, like the Chrysler Pacifica Hybrid, which means maybe they don't want to focus on the electrification aspect of the car. Of course, this is quite a confusing name too, as the Crosstrek Hybrid has been around for a few years now, but in conventional hybrid form, not plug-in.

As previously told, Subaru makes use of the Toyota Hybrid System (THS) that is integrated with Subaru’s four-cylinder direct-injection BOXER engine, Symmetrical All-Wheel Drive and an all-new transmission.

There are no details at this time on battery capacity or all-electric range, but we suspect it will be similar to the Prius Prime.

"The new Crosstrek Hybrid maintains all the capability of the traditional Subaru Crosstrek with increased fuel efficiency. It can be driven as a normal Hybrid, using both gas and electric power and eliminating range anxiety, or driven on pure electric drive for local commuting.

The Crosstrek Hybrid combines the wide-ranging off-road capability of the gas-powered Crosstrek with hybrid efficiency.