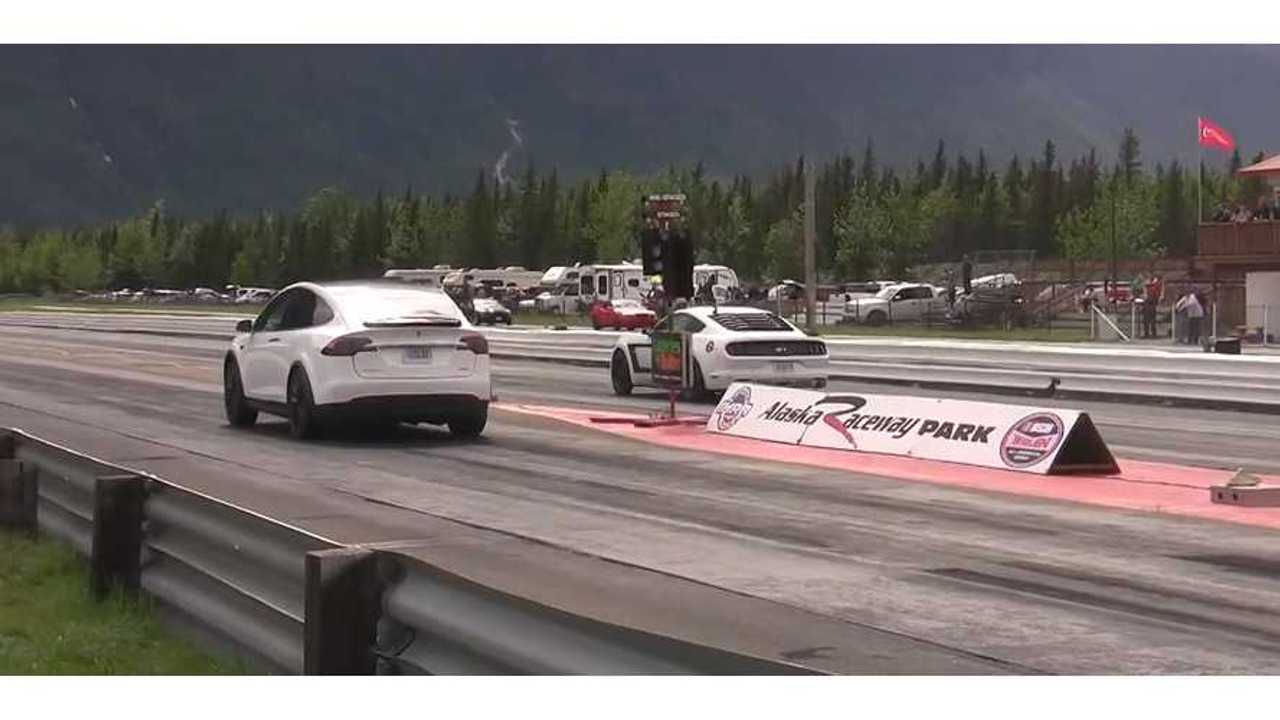 The up to 7-seat electric Tesla Model X SUV isn’t meant to be a drag champ, but it’s a Tesla, so you can be certain it ain’t no slouch.

How does it fare against a the svelte Ford Mustang GT though? Remember, this car is built for speed. It ain't no family-hauler, that's for sure.

More often than not, it's the Tesla getting the immediate jump off the line, but not this time due to the Ford getting the green light ahead of the Model X. The Mustang GT digs in and scoots from the start with an early lead.

Does that lead last 'til the end?

Watch the race video to find out.