Mercedes-AMG Project One Looks Ready To Tear Up Tarmac 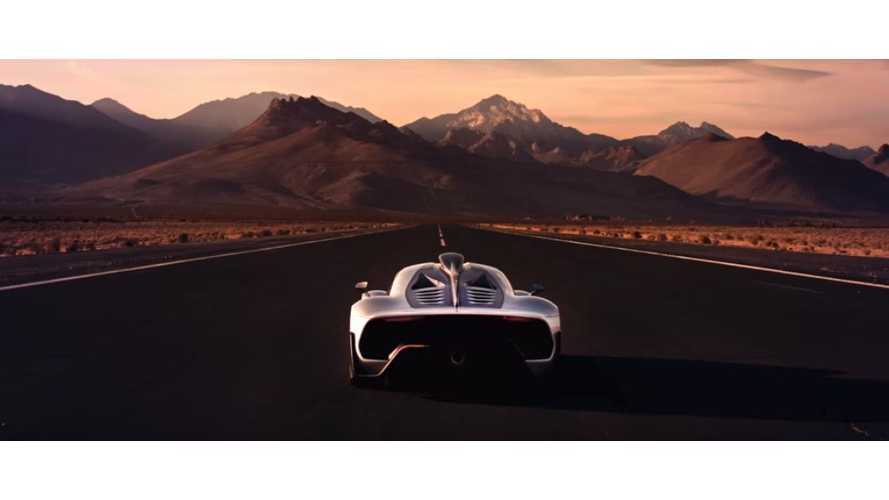 We haven't seen you in a while, Project One. We've missed you.

Mercedes-AMG unveiled the incredible Project One back in September 2017 at the Frankfurt Motor Show, but we haven’t seen much of the F1-engined hypercar since then. The hybrid monster was spotted nearly two months ago out in the open at the Amelia Island Concours d’Elegance in Florida and now we are being given the privilege to see it in an official video shot at Indian Wells Valley in California.

Ok, so the video is quite short (at just 30 seconds), and the car isn’t moving at all, but it should still brighten up your day. If you’re wondering why the three-pointed star badge looks a little bit weird, it’s because that’s not actually a badge per se, it’s actually painted on the body as Mercedes-AMG wanted to save weight.

Since we’ve mentioned weight, a final number hasn’t been released, but AMG’s boss Tobias Moers said earlier this year the Project One is going to weigh between 1,300 to 1,400 kilograms (2,866 to 3,086 pounds).

We also still don’t know the exact amount of power it will offer, but it’s going to be more than 1,000 hp and less than 1,100 hp. The combined output will be provided by a turbocharged 1.6-liter V6 engine derived from Mercedes-AMG’s F1 title-winning car and teamed up with four electric motors.

Despite receiving 1,100 requests from “credible customers,” Mercedes-AMG is sticking to its initial promise of making just 275 cars. Those fortunate enough to claim one are going to have to face a first-world problem: the V6 will have to be rebuilt at 31,070 miles (50,000 km). Maybe that won’t be much of an issue in the end as we’re sure many will buy these and lock them up in a storage facility.

Assembly of the Project One is expected to take place at the same facility in Brackley, United Kingdom where Mercedes-AMG has been making its F1 cars since 2010. In fact, much of the car will be built in the U.K.

Customer deliveries are scheduled to kick off in 2019.