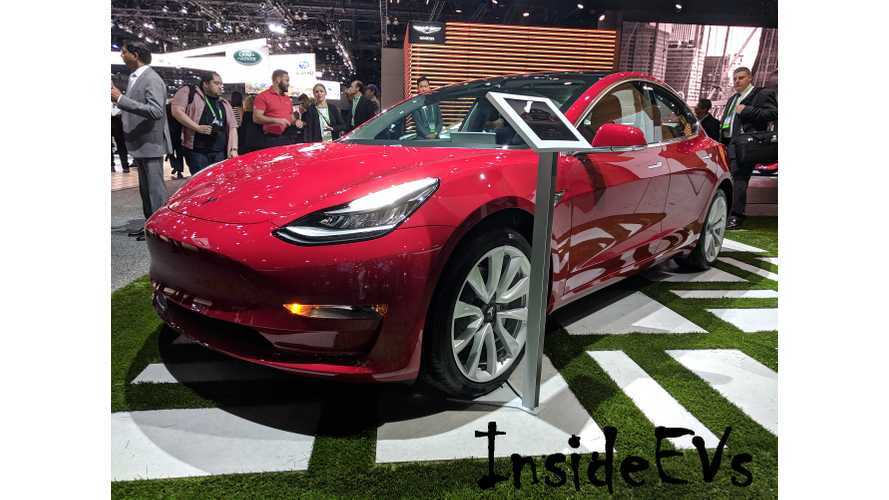 It seems Tesla Model 3 production is on a consistent roll now and hopefully will continue to surge forward.

Just the other day we shared information about another large chunk of Model 3 VIN registrations. The report showed that Tesla added another ~5,000 on or around May 7, 2018. That pushed the highest number up to 39,623.

Fast forward just a handful of days and the automaker is at it again. Like we said, if production is truly on par with what CEO Elon Musk is predicting, we should start seeing a multitude of these registrations and much bigger chunks sooner rather than later. And ... we were correct.

Tesla registered an additional 3,661 Model 3 VINs with the NHTSA on Friday. Now, the highest recorded number jumps to 42,942. This is a whopping 8,000+ new registrations inside of one week's time. For comparison, let's not forget that it took the automaker from July to December of 2017 to register its first 8,000 Model 3 VINs.

The information was shared on Twitter by @Model3VINs, which has been closely following this progress for some time.

Teslarati points out that it was just a month ago that VINs were still well below the 30K mark. We've seen more than a 50 percent surge since then, and it is beginning to appear as though this exponential growth will continue indefinitely.

Tesla just recently bounced back from a scheduled, multi-day shutdown on Model 3 production activities in Fremont and at the Gigafactory with a goal of hitting a 3,000 to 4,000 per week build rate. Following another anticipated, upcoming shutdown to continue streamlining the system, the company hopes to be making at least 5,000 Model 3s per week in June.