See If Roborace DevBot Can Beat Drift Driver Around A Track 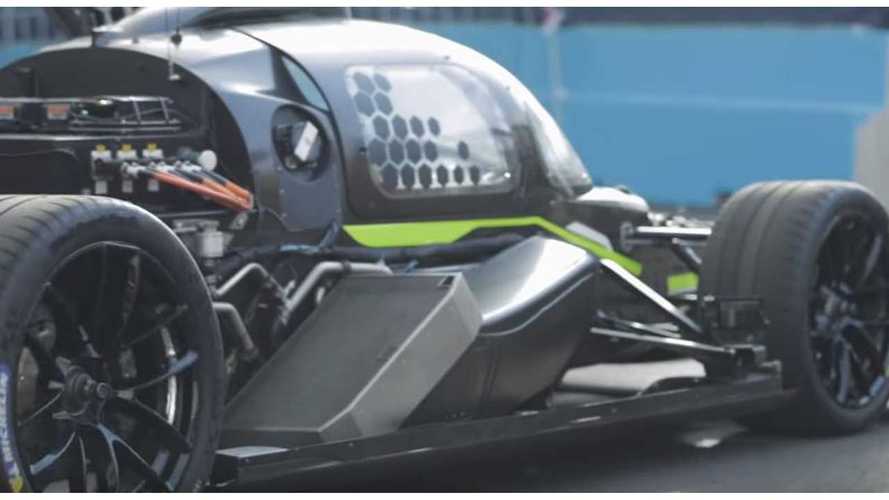 Tuerck says the DevBot is the quickest accelerating car that he has driven.

Roborace continues to develop its DevBot test vehicle so that there can eventually be a racing series with a whole gird of these driverless models. For the latest challenge, the firm puts noted drifter Ryan Tuerck behind the wheel to set a fast lap and then checks to see if the DevBot can beat the time. It's man versus machine on the track.

After some test laps, Tuerck walks away very impressed with the DevBot, especially its lightning quick acceleration. However, the vehicle appears somewhat tricks to drive because Tuerck comes into a few corners a little too hot, but there's just enough runoff room that he doesn't stuff the car into the wall. The next day he returns to set a fast lap around the tight circuit.

Afterward, the DevBot takes its turn. The experience of seeing a car speed around a track with no one behind the wheel is still a weird sight, especially the steering wheel turning by itself.

The machines aren't ready to beat a professional around a track, though. Tuerck's best time was 1:51.8, and the DevBot in autonomous mode could only manage 2:18.4 – over 26 seconds slower than the human. However, Roborace founder Denis Sverdlov predicts the firm's tech could start beating professionals before the end of the year.

Videos have shown the DevBot's improvement with time. For example, a clip in February 2017 showed one of the test cars ripping off a wheel when it cut a corner too tight. A later one showed the system with more conservative behavior where the vehicle appeared to avoid hitting apexes too closely.

Roborace will eventually be a support series for Formula E. Each team will have an identical vehicle, but they'll be able to alter the on-board artificial intelligence. It's not yet clear when the first race might be, but development is clearly still underway.