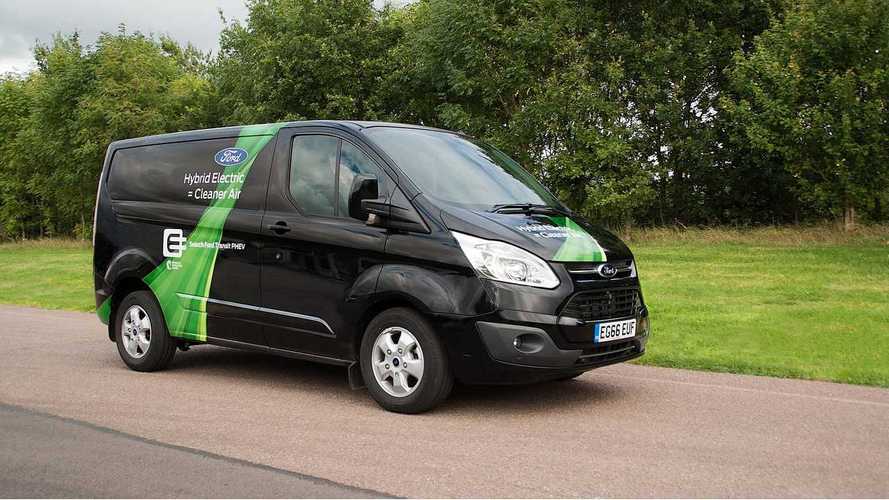 The London trial of the Ford Transit Custom Plug-in Hybrid is to be expanded to Valencia, Spain where the regional government will support the tests.

It's the final straight for the PHEV van, as Ford intends to begin volume production in 2019 - sadly only for the European market though.

The prototypes can go up to 50 km (31 miles) in all-electric mode and are equipped with a 1.0-litre EcoBoost petrol engine serving as a range extender.

This type of powertrain could be an interesting opposition to other options, as most manufacturers in Europe (Volkswagen, Daimler, Nissan) decided to go all-electric with vans of this type.

VALENCIA, Spain, May 9, 2018 – Among the toughest working environments for vans, cities offer significant challenges to moving people and delivering goods and services. Ford, which is already investigating how plug-in hybrid electric vehicles (PHEVs) could help in London, today announced it would also begin testing in Valencia, Spain.

The collaboration between Ford Smart Mobility, the regional government of Valencia and the Valencia City leadership, is designed to see how Transit Custom PHEV fleets could contribute to cleaner air targets and enhanced productivity.

“At Ford, we are committed to tackling urban mobility challenges, moving people and delivering goods and services through innovation and technology,” said Steven Armstrong, president and CEO, Ford of Europe, Middle East & Africa. “As no two cities are alike, it is vital that we look at the mobility issue from a variety of perspectives. Our research in Valencia will help us gain a meaningful understanding of the benefits that small and medium fleets running primarily on electric power can bring.”

Ford’s partnerships with the Generalitat Valenciana and the city of Valencia, not only complements testing in London, but reflects an investment of $11 billion that Ford is making in its electrified portfolio to include 40 electrified vehicles globally, including 16 full battery electric vehicles by 2022.

The focus in the Spanish city will be more regarding the use of small and medium fleets of Transit Custom PHEVs that are driven solely by an electric motor with a zero-emission target range of more than 50 kilometres (31 miles). The award-winning 1.0-litre EcoBoost petrol engine serves as a range extender, eliminating range anxiety by charging the on-board batteries when longer trips are required.

Scheduled for volume production in 2019, the Transit PHEV project reaffirms Ford’s commitment to Spain and Valencia as one of its most important manufacturing locations in Europe. Ford has invested more than €2.9 billion in Valencia since 2011, and in November 2017 Ford announced investment of more than €750 million in its Valencia Vehicle Operations to build the next generation Ford Kuga.

“Environmental and mobility challenges faced by cities like Valencia can only be addressed by strong leadership and bold innovation,” said Ximo Puig, Generalitat Valenciana President at the launch event. “We are delighted that Ford continues its commitment to the Comunitat Valenciana by bringing its innovative technologies to the city.”

Equipped with telematics and geofencing technology, twenty Transit Custom PHEV vans, are being used for the 12-month trial in London that Ford launched earlier this year, working with Transport for London and a variety of fleet customers, ranging from the Metropolitan Police to courier services and construction firms.